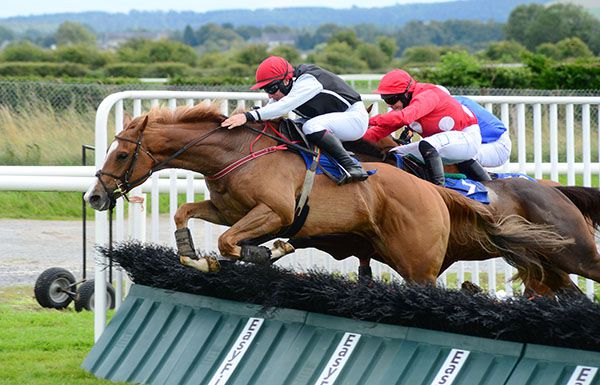 Strandhill Co.Sligo trainer Mark McNiff is having a right good run at the moment and his William Of Wykeham (15/2) was another winner for him in the Class Grass Handicap Hurdle.

There were a few fallers to make matters easier for the well-bred winner (a half-brother to Golan and Tartan Bearer).

6/4 favourite Freewheelin Dylan tipped up three out when in front, bringing down Nobel Joshua, but the eventual winner was travelling best just in behind the leaders at that point, and he had the measure of Cahirdown Boy when that one departed at the last.

Put up a stone in the ratings for a facile maiden hurdle win at Ballinrobe last month, William Of Wykeham made light of that as he eased six and a half lengths clear of Happie Days.

It was a fourth winner from his last seven runners for the winning trainer, who was on lead-up duty.

Winning rider Enright said: "His form was funny but he got a bit of confidence in Ballinrobe the last day and that race suited him.

“They went a good gallop and he likes to be ridden patiently.

“Mark has done a great job with him and I’m just lucky to be aboard.”