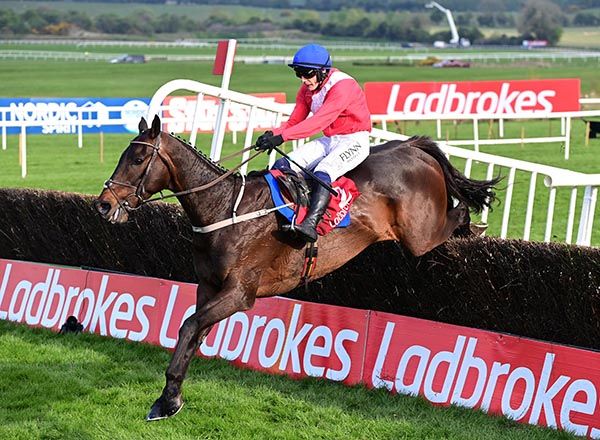 Horse racing fans are treated to their favourite sport all year round and due to the vast amount of racing served up across the world, there are myriad different types of racing.

From sprint races on the Flat to long-distance races over Jumps, racing fans can revel in the choice on offer. Some enthusiasts are more partial to steeplechase racing (horse racing with jumps), while others enjoy all types of racing brought to us from around the world.

Below is a summary of the main types of horse races. You can also find our horse racing terminology and betting terminology pages to help you decipher complex racing jargon.

A good place to start is with thoroughbred horse racing in Ireland and the UK. There are two different kinds of racing in both countries - racing on the Flat which features no obstacles and National Hunt racing, also known as Jumps racing or Steeplechases in which horses tackle hurdles or fences.

Harness racing, which involves a horse pulling a lightweight, two-wheeled carriage, does not take place in Ireland or the UK but is a very popular sport in Australia and the US.

What are Flat Races?

Flat racing is predominantly run on turf in Ireland and the UK, however select races take place on all-weather surfaces - an artificial surface which can be used in adverse weather conditions. The US is famous for its dirt racing on the Flat.

Speed is the name of the game in Flat racing and there are different types of races, covering a variety of distances which differ in class.

The most prestigious Group 1 races in the Flat racing calendar, Classics are the most elite contests which racing’s fraternity all want to win. The five Classics are run in Ireland and in Britain.

The highest tier of Flat races. Group 1 being the highest which include the above Classics as well as an extensive programme of races through the season. Group 2 and Group 3 races are the next tiers below.

Listed level is a tier below Group 3.

Handicaps are for horses who have run three times and have been allocated a rating which determines the weight a horse must carry in a race. The handicap mark can increase or decrease after each race, depending on how well a horse runs.

Handicap races vary from class 2 for the best handicappers to class 7 for those rated the lowest.

What are Jumps Races?

Jumps races, also known as National Hunt races, are run on turf and involve horse and rider contesting obstacles, either hurdles or chases. There are two main types of Jumps races:

There are also National Hunt Flat Races which are run on a Jumps card to prepare young and inexperienced horses for their first run over hurdles.

What are Harness Races?

Harness races are held overseas as opposed to in Ireland or the UK and are particularly popular in Australia. This sport involves horse pulling a two-wheeled carriage with a driver and the horses are Standardbreds rather than Thoroughbreds.

The horses do not compete at a gallop but instead at a trot or pace gait, if this gait is broken it leads to disqualification. Drivers must be highly skilled and agile to be successful in these types of horse races.

What are Endurance Races?

These are long distance races which test the horse’s stamina and are held in particularly high esteem in the middle east, the US and Australia. The horses used for endurance racing are mainly arabians and the races vary from 40 to 150 miles. The races can last for days and races are divided on a horse’s experience and fitness level.

What are Handicap Races?

Handicaps are for horses who have run three times and have been allocated a rating which determines the weight a horse must carry in a race. The handicap mark can increase or decrease after each race, depending on how well a horse runs.

Handicaps races are held on the Flat and over Jumps.

Best Horse Races in the UK and Ireland

The best races held on the Flat are the Classics; 2,000 Guineas, 1,000 Guineas, Derby, Oaks and St Leger. Ireland and the UK stage their own version of the five Classics.

The Gold Cup, Champion Hurdle, Champion Chase and Stayers’ Hurdle at Cheltenham Racecourse in the UK are the best races on the Jumps calendar. Ireland and the UK stage their own versions of these top-level races.

The Grand National held at Aintree is the world’s most famous race as horses contest 30 steeplechase fences over an extended four and a half miles. Ireland also hosts its own Grand National at Fairyhouse in April.

What is the highest paying horse race?

You can find more information on horse racing and betting below on our betting guide pages: