Easy as 123 for Gigginstown in latest sweep 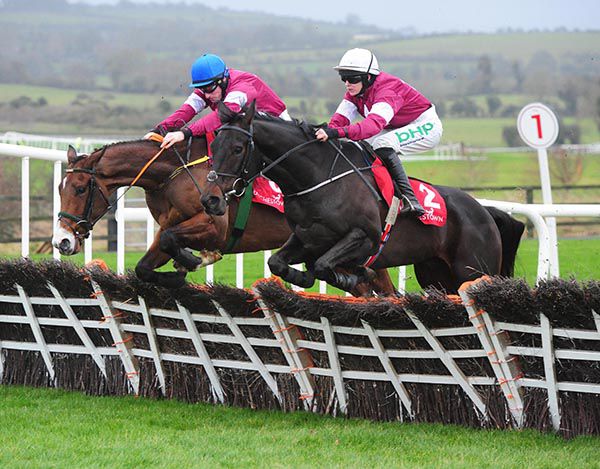 Michael O'Leary's runners scooped all the prizemoney in a maiden hurdle at Navan on Sunday and today the Gigginstown House Stud owner recorded a 1-2-3 in the opening Betdaq Trading Tools Maiden Hurdle at Punchestown today, as the Noel Meade trained Daly Tiger led home the trio.

Winning trainer Meade later said “he should improve a lot as he’s had an infection on the top of his wither and he had to do work without a jockey for quite a while.

“Sean (Flanagan) said he jumped well and picked up well. We thought he was a nice horse last year. Hopefully he can go on now from this and go somewhere decent.

“It wasn’t the plan to make the running but it worked out well around that track as it’s quite tight.”

Gigginstown currently lead J.P. McManus by E1.43m to E1.36m at the head of this season's Owners Championship.