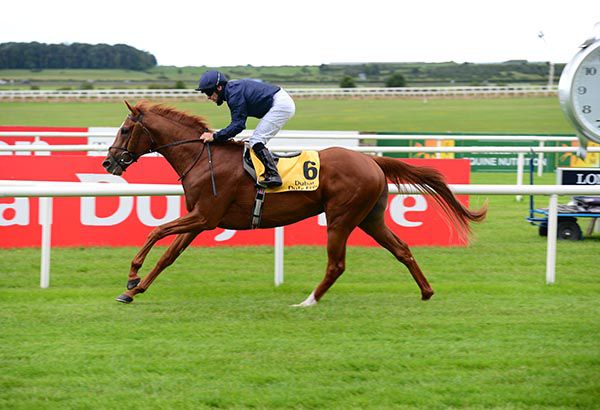 Serpentine proved deadly to his rivals, in first-time cheekpieces, with a scintillating victory in the mile and a quarter maiden for three-year-olds that opened Irish Derby Day at the Curragh.

The 5/2 favourite was sent into an early lead by Wayne Lordan, and quickly moved a healthy four lengths clear of the field.

The pair increased the advantage after a couple of furlongs and bowled along full of running.

The pursuers, Daylight Come and Timourid were hard at work turning for home but had a scent of victory in their nostrils as they both closed the gap.

Lordan asked Serpentine for more, though, and he readily streaked clear again racing past the furlong pole.

The Galileo colt strode right away to win by an impressive nine lengths. Monument Valley came through for second at 4/1. Timourid finished third at 7/2. Hotspur Harry was popular in morning trading, but could never land a blow in seventh of the eight runners.

Aidan O’Brien said: “He’s a horse that will probably get the Leger trip. He stays well and I’d say he’s a Leger horse.

“Wayne said he went to the line very strong and he’ll go up to a mile and a half the next time for maybe something like the Voltigeur.

“Wayne said the ground is a little on the slow side but lovely ground.”

Paddy Power & Betfair gave Serpentine a first show of 33/1 for the St Leger.