Intranet a French import to note 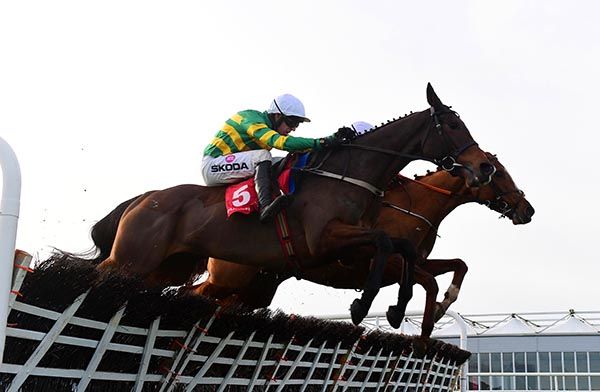 Intranet who won his sole start in his native France, was strong in the market for division two of the William Hill Play Responsibly Maiden Hurdle at Punchestown and the money proved well founded.

The Saddex gelding was making his first start on Irish turf for Willie Mullins and went off 11/8 favourite.

He clouted the second-last flight when leading, but didn't lose any real momentum. Belle The Lioness didn't let him get away, though, and was on terms at the last.

Intranet rallied and found plenty on the run-in as he came home strongly to take the verdict by two and a half lengths from the 9/2 runner-up. Maidenstreetprince was nine lengths adrift in third at 25/1.

Frank Berry, racing manager for owner JP McManus, said: “He was very professional and Mark (Walsh, jockey) said he jumped great. He said he needed a good leap at the last and that was a big help.

“You'd be very pleased with him. We'll see what Willie wants to do with him down the road.

“He'll learn a little bit from today as well as it was his first run for a long time.

“He handles that ground and we couldn't be happier with him.”

Paddy Power introduced Intranet at 33/1 for the Supreme Novices' Hurdle at Cheltenham.