Harrington team in mix for valuable prizes at Naas 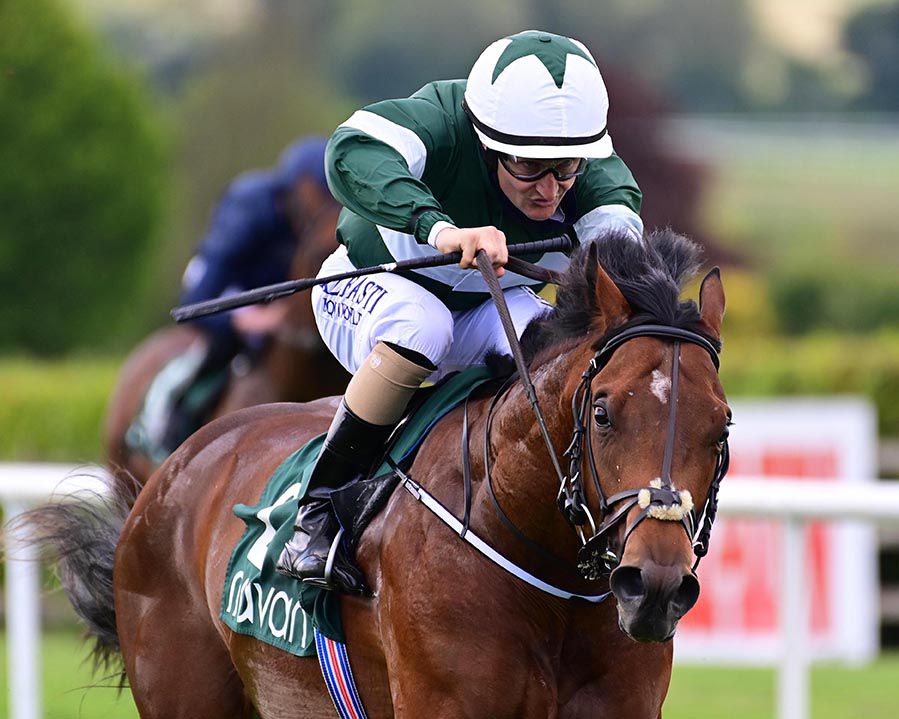 Naas Racecourse hosts the €300,000 Irish EBF Ballyhane Stakes today with a field of 22 runners due to go to post for the richest race of the year at the Co Kildare venue.

Trainer Jessica Harrington, who has engaged three horses in the feature event is also well represented in the Silver Irish EBF Ballyhane Stakes with Exquisite Acclaim and Slamadoor flying the flag for the Commonstown stables.

“We have Exquisite Aclaim and Slamadoor in the Silver Irish EBF Ballyhane Stakes. Exquisite Acclaim gave a very good account of himself in what was a lovely run on debut, finishing fifth in Fairyhouse. He’s come on a ton for that race and the form has turned out to be quite smart. I’d be hoping he’d run a big race. Shane Foley rides him,” said assistant trainer Kate Harrington.

“Slamadoor was a shade disappointing when we stepped her up to seven furlongs the last day. Back to a stiff extended five furlongs at Naas should suit her very well. She showed very good early pace the last day in Leopardstown and Tom Madden gets the leg up.”

Harrington is naturally excited by the card in Naas.

“We are really looking forward to it and we were keen to support the big race itself as well,” she said.

“Albion Square was an impressive winner of his maiden at Navan and has run in the Windsor Castle Stakes at Royal Ascot and the Group 2 Railway Stakes since so this is a good opportunity. He’s got all the experience so I hope he will run a big race with Shane (Foley).

“Tut Tut’s form has worked out very well. The only little concern might be the ground for her as it was soft when she was second in Fairyhouse but she is in good order. You can discard Bellabel rsquo;s last run. She ran well below part that day but if she can reproduce her, first run I would hope she could run into a place and pick up a bit of prize money.”

Each of the 15 runners in the Silver Irish EBF Ballyhane Stakes is looking to open their account on a racecourse in a lucrative way with the winner taking €30,000. John Murphy, Sheila Lavery and Fozzy Stack also go into the race with a couple of chances.

Murphy’s Arges was third in three maidens previously and will line up alongside stable companion Cavalry Charge. Lavery rolls the dice with Vidala and Gallow Hill while Stack’s runners Mary Pickersgill and Lechro give the Tipperary-based handler a chance to land some of the generous prize money.