Brouder boys at the double at Wexford 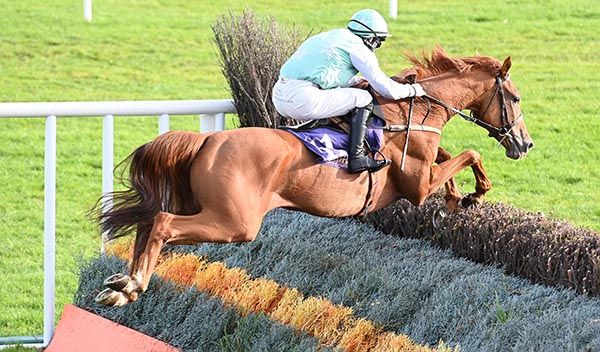 Outsider of the party at 33/1, Avec Espoir jumped really well for Gavin Brouder to win the Opportunity Handicap Chase.

The nine-year-old, whose only previous success came at Tipperary just over a year ago, was left in front when a couple of horses departed at the third. He shrugged off a couple of challengers when kicking on before the second-last and had enough of a lead built up to hold the last one to attack, Malina Girl by a length and a quarter.

The winning rider’s brother, Gearoid, had won the opening contest on Bold Approach

The 5/2 favourite Direct Image who was bidding for a six-timer, began to struggle at halfway and was soon pulled up.

Winning trainer Val O'Brien said: said: "He likes going left-handed so that's why we come here a good bit. It's hard enough to get races at this grade at left-handed tracks. He won at Tipperary before too. We tried going right-handed but it just hasn't paid off, so we will try to stick to the left-handed tracks.

"He has a low mark over hurdles and we had a choice to go for a hurdle or a chase today but we went with the chase. He might go back over hurdles at some stage."