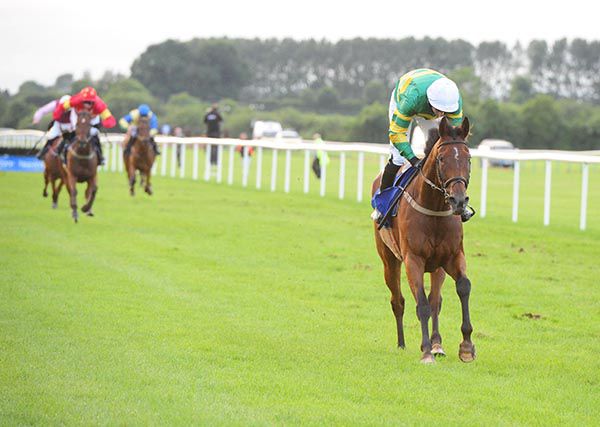 There was a Tipperary double for J P McManus when his three time winning point-to-pointer Pass The Ball annihilated the opposition in the second split of the Follow @tipperaryraces.ie Handicap Hurdle.

Plinth was on the mark for McManus and Joseph O'Brien under Jody McGarvey in the Grade 3 Kevin McManus Bookmaker Grimes Hurdle earlier.

Here it was Boots Madden and his son Niall 'Slippers' that did the needful in the green and gold with Pass The Ball. The Westerner gelding sauntered home by eight lengths from Milestone Prince.

Slippers Madden said: "He was good. You'd have to have fancied him with his point to point form and he's sort of come into himself this year.

"He's done himself justice back in a hurdle there."