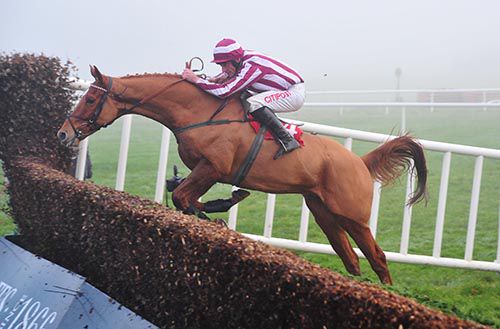 Grade 1 winner Zabana today returned to winning ways at Gowran when landing the Thanks To All Our Customers In 2016 Chase for trainer Andrew Lynch and jockey Davy Russell.

Zabana was a winner at last season’s Punchestown festival and today showed the benefit of a recent reappearance run at Down Royal when beating Kitten Rock by a length and a half.

The winner subsequently earned quotes for some of the leading chases later in the season and trainer Lynch was himself impressed with the performance, saying “they went some gallop and I thought they went too fast. He's not 100% fit yet but he had enough to get there.

"He might go to Leopardstown (for the Lexus) if the ground stayed right for him - I’ll have to talk to Chris (Jones, owner) but we are taking it one step at a time."

Paddy Power introduced Zabana at 8/1 for the Lexus Chase and left him unchanged at 12/1 for the Ryanair Chase and 33/1 for the Cheltenham Gold Cup.