Straight to Cheltenham for Faugheen 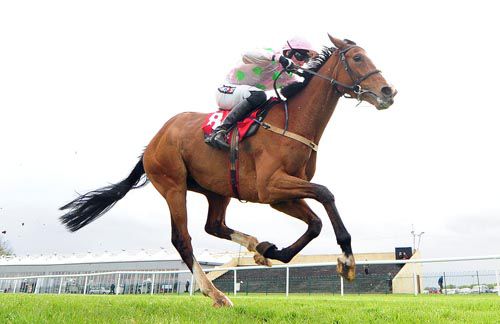 Faugheen will head straight for the Cheltenham Festival after Willie Mullins decided against letting him line up in this weekend's Red Mills Trial Hurdle at Gowran Park.

The champion trainer mentioned the Grade Two contest as a possible port of call for his Stan James Champion Hurdle favourite earlier this month, but after seeing his charge work on the Closutton gallops on Tuesday morning and consulting stable jockey Ruby Walsh, Mullins feels his charge does not need another outing before heading for Prestbury Park.

Mullins said: "He worked this morning, we were very happy with him and he's 100 per cent.

"We had a chat with Ruby this morning and we just felt we'd enough done and we don't need to run him again.

"We're happy with where we are and, all going well, we'll go straight there (Cheltenham)."

Despite Faugheen's absence Mullins could still be represented in the Red Mills Hurdle having entered smart mare Analifet and Abbyssial.

The latter was a Grade One winner at last season's Punchestown Festival, but has not been seen sixth at Auteuil last June.

Edward O'Grady has entered Kitten Rock, a winner of his last three starts, and Sailors Warn.

Arnaud, Is Herself About and Gordon Elliott-trained duo Thunder Zone and Tiger Roll complete the eight entries.