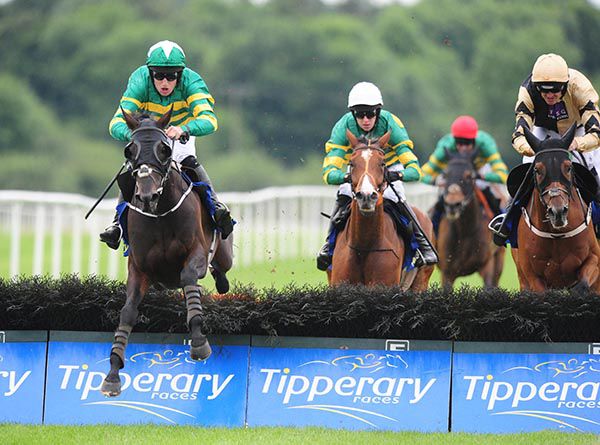 The Joseph O’Brien trained Plinth completed the ‘McManus summer double’ at Tipperary today, when adding the featured Grade 3 Kevin McManus Bookmaker sponsored Grimes Hurdle two years after his 2015 win in the Istabraq Hurdle, which is sponsored by the gelding’s owner J.P. McManus.

Ridden today by Jody McGarvey, the son of Montjeu finished with a flourish to beat Kitten Rock by three and a half lengths.

Plinth was registering his tenth career win and afterwards O’Brien stated “he’s a great horse in fairness to him and never disappoints and Jody gave him a great ride and gets on well with him.

“He ran fairly well in the Galway Hurdle one year but isn’t on the right side of the handicap now but will be well entitled to take his chance. He jumps well and he tries but coming here I thought the trip might be a bit sharp for him now that he is getting older but has handled it well today.“