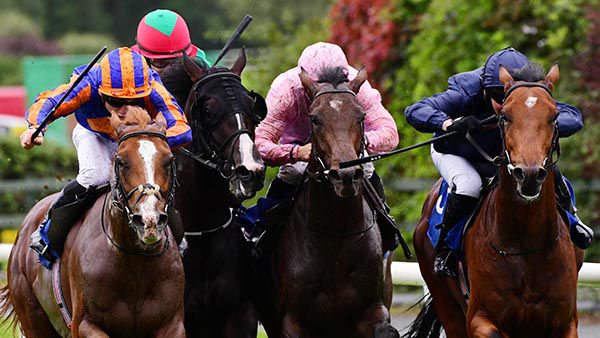 Snowy Owl put his experience to good use when justifying favouritism in the Irish Stallion Farms EBF Maiden at Killarney.

Donnacha O’Brien does the training on the victorious Galileo colt, bred by his parents Whisperview Trading Ltd.

The winning handler’s father Aidan was responsible for the second and third here, Exuma and Hector De Maris, and a short head and a length split them.

The placings were confirmed after a steward’s enquiry, with Hector De Maris and Cold Steel (4th) having been inconvenienced.

"It didn't look a maiden with any superstars in it so we took our chance and he's a lovely genuine horse," said Ryan.

"He's probably best when he gets into a fight like that as he sticks his head out for you.

"I don't think ground would be an issue for him and if anything he'd have appreciated the ease."

S. Foley, rider of Cold Steel (USA) trained by Mrs John Harrington, reported to the Clerk of the Scales that his mount hung right in the straight.

Evidence was heard from the riders concerned.

Having viewed the recording of the race and considered the evidence, the Stewards made no alteration to the Judge's placings.

The Stewards found that G.M. Ryan had breached Rule 214 by riding carelessly and having taken his record into account suspended him for five race days.