Imonlysaying that Doyle's horse was impressive 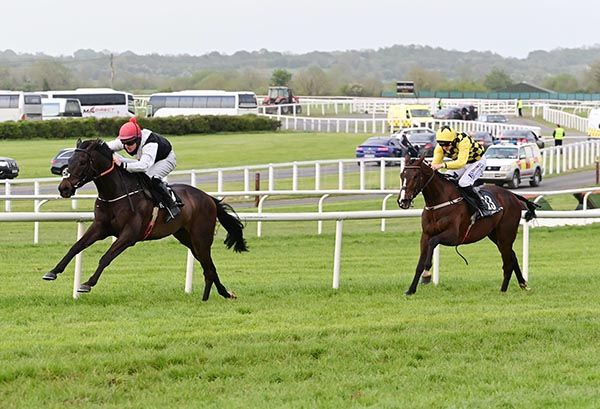 The Shantou gelding, touched off in a point-to-point at Lingstown in March, travelled strongly just behind the leaders throughout before taking over from Ilanz over a furlong and a half out. The favourite Uncle Phil tried to give chase but had no answers as Pa King was able to ease his mount in the closing stages to account for the market leader by seven and a half lengths. Ilanz was another five and a half lengths back in third.

Jack Doyle, assistant to his father and winning trainer Pat Doyle: “That was very impressive. He's been showing loads at home and all he has done is improve since his run in the point-to-point, where he was second and probably a bit unlucky that day.

“We thought there would have to be a very good horse in there to beat him today. We're very happy with that.

“Mam owns him so he's for sale and he's done himself no harm there. He's a nice horse, we've always really liked him, and we're just delighted that he did that today.”