Hamill takes the reins for the first time and Destiny delivers 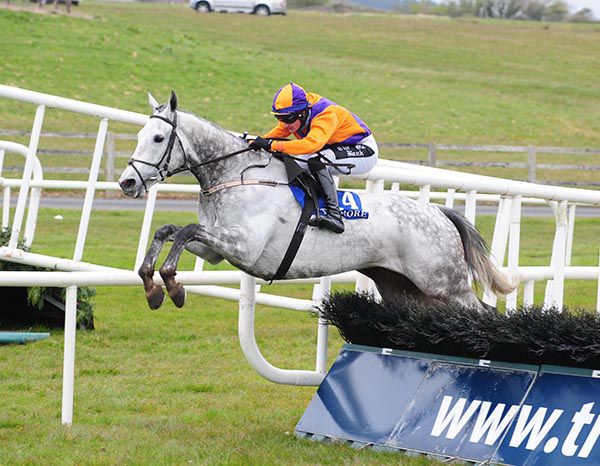 Owned by Billy Horgan and trained by Terence O’Brien the successful grey made all, and he went clear from halfway.

There were a couple of slight mistakes on the way but there was simply no living with the Martaline gelding as he beat Centurion Steel by sixteen lengths.

"It was the plan to try and make all. He is a horse we thought an awful lot of when we got him first but he has been very disappointing,” said O’Brien.

“We just said we would try him out in front today and he did it well.

“He should easily win that class of race and it's great to get his head in front. He will work away in handicaps now and we will stick with that plan of going out in front."

C.P. McNamara, rider of Cahirdown Boy trained by E. McNamara, reported to the Clerk of Scales that his mount never travelled.

The Irish Horseracing Regulatory Board Veterinary Officer examined Priory Park, trained by E. J. O'Grady, at the request of the Stewards and reported the animal to be post race normal.

The Irish Horseracing Regulatory Board Veterinary Officer examined Cahirdown Boy, trained by E. McNamara, at the request of the Stewards and reported the animal to be post race normal.

The Stewards requested a report from Terence O'Brien, trainer as to the apparent improvement in form of Ballyadam Destiny (GB), placed first, as compared with its recent form. The trainer reported that his charge was very disappointing in Thurles on its previous run possibly as a result of being too crowded with the other runners. They changed tactics today by making the running and got an easy lead from the front. Having considered the evidence the Stewards noted the explanation.