Double for Elliott as Glan wins her second bumper 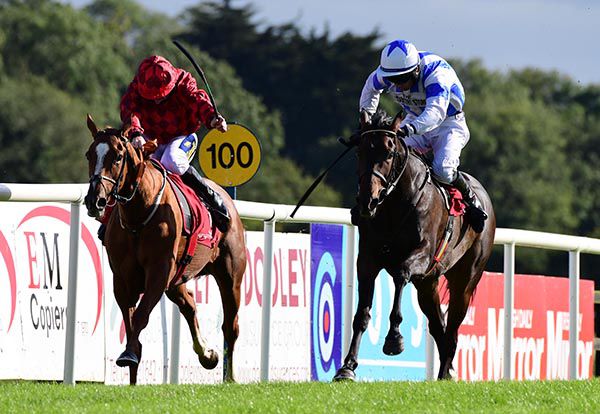 She didn’t have it easy from there on, however, as promising newcomer Powerful Out (15/2) threw down a sustained challenge.

The market leader knuckled down well under Jamie Codd to score by a neck with a gap of 16 lengths back to the third home Sweet Street (33/1).

The winner, a 5-year by Getaway, had won her previous start at Kilbeggan.

Winning trainer Gordon Elliott, who was completing a double after Jack Kennedy’s comeback winner Get Rich Die Plyin earlier, said: “I thought it was a good performance. She was giving a stone to the second and they were 16 lengths clear of the third.

“Jamie said he was in front a mile too soon. He got a gap three out and she jumped into it.

“In fairness she battled well. It looked like she was going to get swallowed up a furlong down and she put her head out again.

“We might keep her for that Listed race in Gowran Park if the ground stays okay. If it got really soft we might leave her along for the spring.”