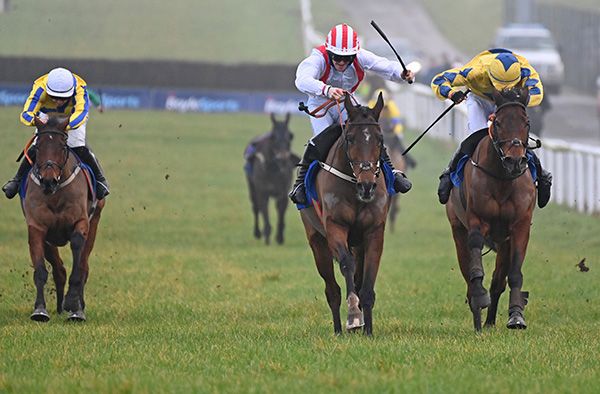 Western Sea outstayed the favourite Ricky Langford at the end of two and a quarter miles in the Adare Manor Opportunity Handicap Chase at Thurles.

Ricky Langford was pressed by Western Run on the run to the last which he led over. Western Sea soon got to grips with him on the run-in, though, and was ridden by Shane O'Callaghan to find extra in the closing stages.

He got the measure of Ricky Langford (16/5 favourite) in the final 100 yards and went on by three parts of a length at 4/1. The Chapel Field (10/3) came in third, beaten four lengths by the winner.

Ross O'Sullivan said: "He won a hurdle race here as a young horse and likes this place. The ground is the key to him as it has been so dry and usually he'd be out on grass at this stage. He had a nice weight on his back, Shane gave him a dinger of a ride and it was a nice pot to win.

"We might keep going now and they are watering at Leopardstown and could go there next.

"He is a very consistent horse who dropped to a winnable mark and is owned by a good man, Tommy Ward."