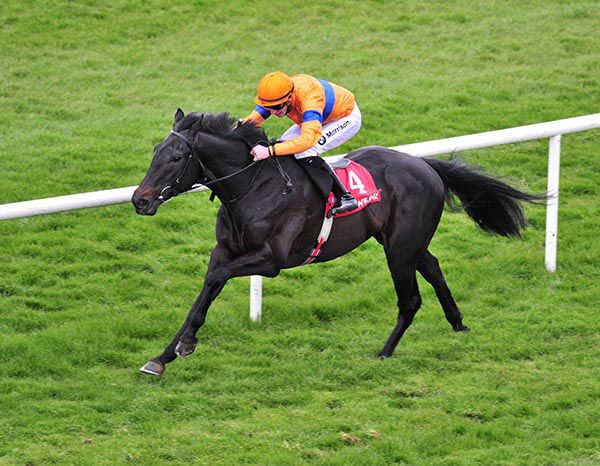 Owned and bred by Aidan and Anne-Marie O’Brien, and trained by their son Joseph, Visualisation (20/1 into 6/1) landed a gamble in the Irish Injured Jockeys Handicap at Gowran.

Ballydoyle's Exuma was an easy to back favourite late on, and ended up in twelfth position under Ryan Moore, after looking to be quite sweaty behind the gates beforehand.

There was money earlier too for Rock Etoile and whilst he ran well he had to yield by two and three parts of a length to the Shane Crosse-ridden winner.

The victorious No Nay Never colt was coming here off the back of a Dundalk maiden win 76 days ago.

“He was sharp away from the gates, he's first off the bridle turning in but he's as tough as nails.

“Shane said he'll stay a mile-and-a-quarter, he won't have to go that yet, but he will do.

“He looks like he'll improve from the run, even though he's been running on the all-weather, because he's a big strong horse.

“He's won that off 79 and he's going to go up but he might just improve to be a decent handicapper. With his size and temperament he could improve to win a nice handicap somewhere.

“That was his first time on the grass as well and he looked better on there than he did on the all-weather. Please God he has a nice future.”

The Irish Horseracing Regulatory Board Veterinary Officer examined Exuma, trained by A.P.O'Brien, at the request of the Stewards and reported the animal to be post race normal.