Third winning ride in a row for Amy Jo Hayes 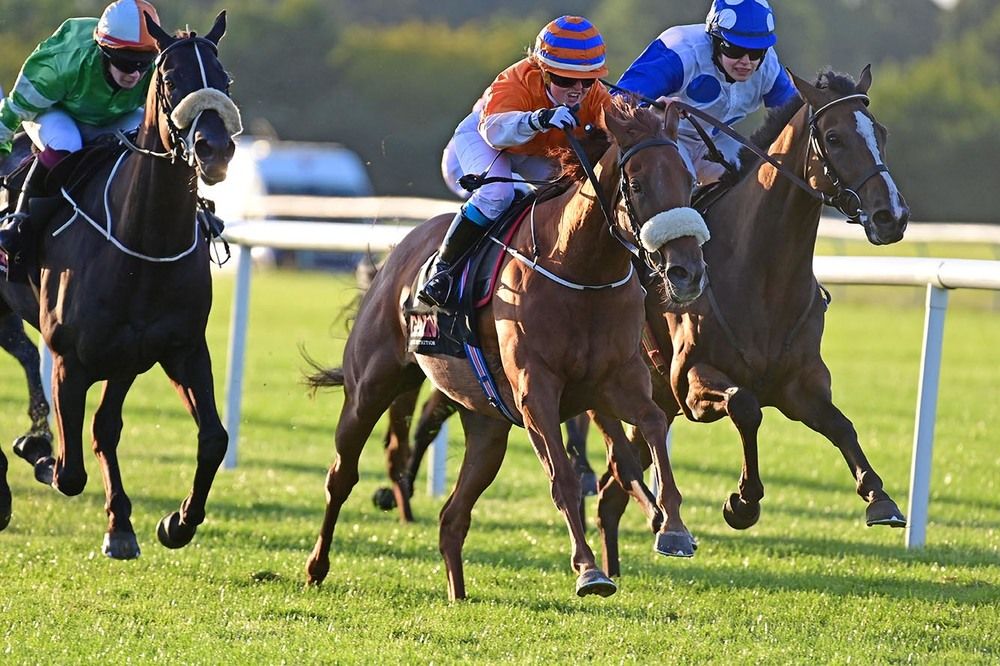 Five Zeros and Amy Jo Hayes are both on a roll and were successful in the GAIN The Advantage Series (Ladies) Handicap.

The Mustajeeb mare was always on the front end and Hayes dictated the pace to suit herself. In the straight the five-year-old was pressed on either side by Blackpoint and Storm Steps but stayed on gamely to repel that pair by half a length and the same.

Five Zeros has won three of her last five starts while for Hayes, also amongst the winners at Leopardstown last night, this was a third winning ride in succession.

The stewards put a dampener on things for the young jockey, though, as they handed her a six-day ban for breaching the whip regulations in terms of frequency and time to respond.

Winning trainer Nigel Slevin said: “She’s tough. She sticks at it well and Amy gets a great tune out of her.

“She only went up 3lb for winning a short-head the last day (at Down Royal) and it’s nice to get another one. She never wins too far but she likes to win. Hopefully we’ll find something for similar for her again.

“I was hoping that they would have had more rain here. She’ll go on anything but just to mind her a bit.”