The Dara Man rules the roost in Limerick 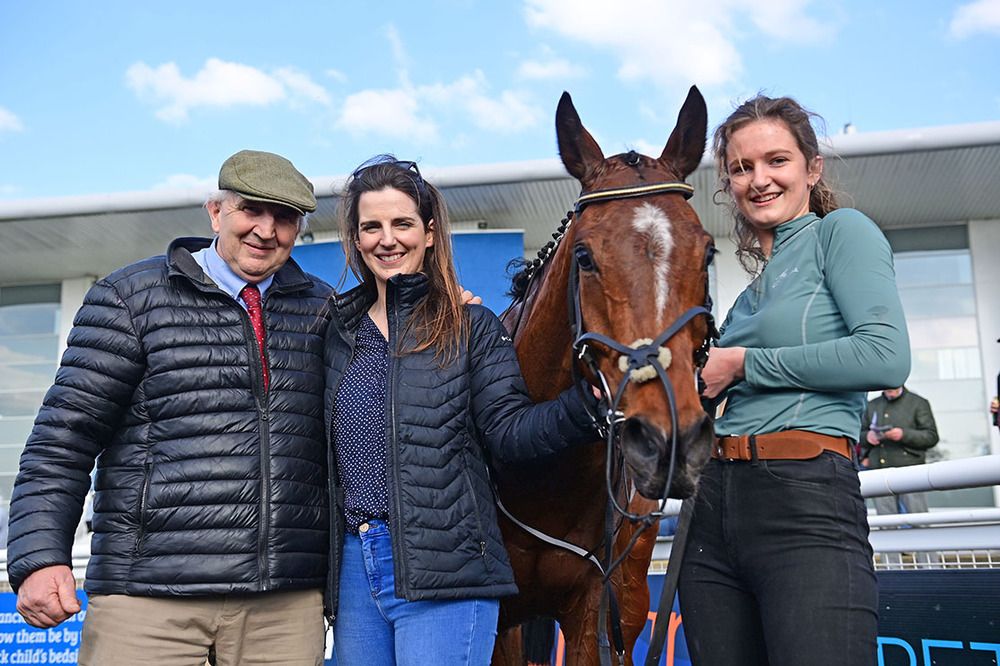 The Dara Man with John Ryan and his daughters Gillian and Isabelle, right
© Photo Healy Racing

The Dara Man bounced right back to form in the Pat & Eileen O'Mara Memorial Novice Handicap Hurdle at Limerick.

Liam Quinlan's mount tracked Young Jack Yates in second and jumped into the lead at the third last fence.

The field must have thought they had a chance as they closed up on him approaching the home straight, however, the leader was travelling well and Quinlan gave him an inch of rein to jump the penultimate fence well.

He asserted upon touching down and was clear at the last. A good jump there saw him home by an easy 11 lengths at 7/1. Nelly's Money took the runner-up berth at 16/5 and three parts of a length in front of 5/2 favourite Sil Ver Klass

Winning-trainer John Ryan said: "He is a class jumper and is still a novice chaser until November so will compete in novices.

"He is an own brother to Mystery Stowaway, a really good mare who I had which was killed. She was extraordinary and this is a lovely horse over a fence.

"Schooling at home, he would take lengths out of horses."

The Dara Man won a maiden hurdle at Ballinrobe last summer and was making his handicap debut over fences today.