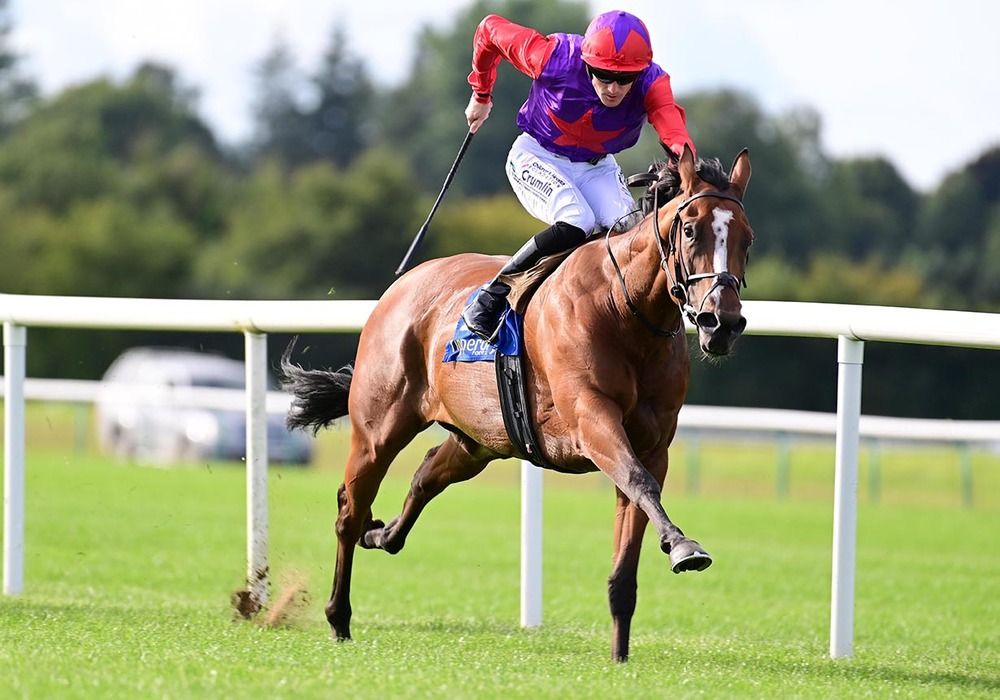 Placed on her first two starts at Naas and the Curragh, the Buratino filly broke well but was taken back to track the leaders in third place. She quickened up well to lead over a furlong out and soon had the race in safe keeping although Smile Of Love really got motoring late on to reduce the margin of victory to half a length.

Lee had thwarted Ken Condon in the previous race when Erosandpsyche defeated Moss Tucker but teamed up with the Curragh trainer for this success.

Condon said: “Billy said she’s getting sharper and improving all the time. We were delighted with the draw when it came out. Being drawn four around here is important but she took advantage of it.

"She jumped well for him and the race worked out well. He was impressed with her. She’s a home-bred, for Robert Ng, and you’d be very pleased.

“She didn’t run at two as she just needed time, but she’s making up for it now. We might try to look for a conditions’ race for her, over seven or a mile. I think she’ll make into a stakes filly as she progresses.

“Ground doesn’t seem to matter a whole pile to her. She’s just a nice filly, strong and improving. It’s nice to have her.”