Rachael keeps her Coole to register a double 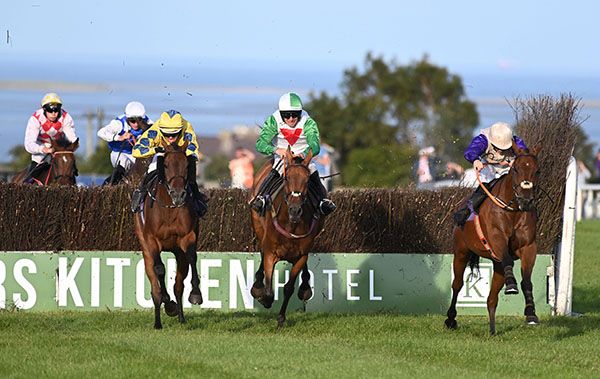 All six runners were still in with a shout racing to the second-last in the two-mile handicap chase and Ricky Langford touched down in front after jumping that fence.

The 15/8 favourite Coole Arcade had been chivvied along by Rachael Blackmore from some way out but responded well and, despite getting a bump from I’ll Be Your Lady before the last, soon threw down a strong challenge. In front early on the run-in, the eight-year-old forged clear to defeat Ricky Langford by a length and a quarter.

Twice successful over hurdles, this was just a second chase start for Henry de Bromhead’s charge.

Blackmore, who was doubling up after winning the second race on Watch The Weather said: "He was good and was very good at the last when I needed him. I think going back to two miles is his trip. He jumped quite slick most of the way so it was a great performance. He has won twice now for Pimlico Racing, they have a few horses in the yard so it's great to get winners for them."