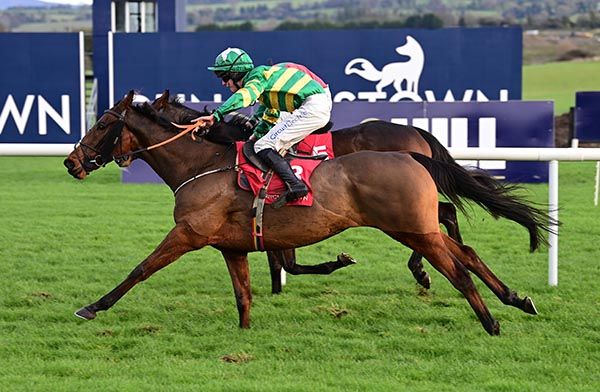 Pike County and Charlie O'Dwyer stormed home from fourth on the run-in to annex the William Hill Lengthen Your Odds Handicap Hurdle. Halsafari tanked into the lead in the final quarter of a mile from Pythion and looked to have the race at his mercy as he held a healthy advantage over the last.

Pike County (14/1) was staying on in fourth but still had plenty to do upon touching down, however, he really found his stride and was driven home to catch Halsafari (9/1) by the minimum margin of a nose on the line. Look Dont Touch (12/1) and The Connector (18/1) gave their backers a return in third and fourth respectively in this 18-runner race.

Handler Denise Foster said: “All I can say is that I'm very happy.

“He's a horse that has always shown a lot of promise. He's got tons of pace, but jumping has let him down in the past.

“Dare I say it, I think he's growing up at the age of nine. Charlie gave him a great ride.

“He's won on the Flat this year and this is his first win over hurdles, which should have been in Navan a few years ago.”