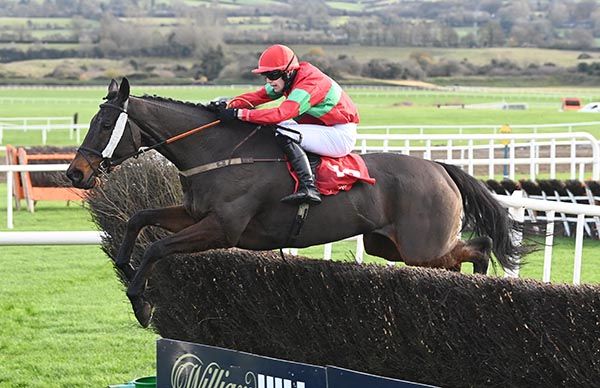 Highstreetfashion put in a fine front-running performance to land the spoils in the extended three mile one furlong handicap chase at Punchestown.

He may have been a 22-race maiden across all codes but he showed good fortitude in making virtually all to see off a host of challengers.

Strong-travelling Spancil Hill looked a big danger as he closed approaching two out where both he and the leader were less than fluent.

Highstreetfashion got away from it the better and increased his lead before the last as Spancil Hill came under pressure.

The leader kept on well after the last to take the honours by six and a half lengths at 9/1 having been available at 20/1 in early trading this morning.

This gave 7lb-claimer Patrick O'Brien his second track success and first over fences.

Trainer Patrick Rooney said: "His brother only won as a seven-year-old as well, Witness Of Fashion, and he won seven for me.

“He has disappointed me a few times. He's a big horse and it took a while to get him to come to himself.

“We weren't sure about the three-and-two, but he stayed well today. He jumped well, we got his back done a few weeks ago and that seems to have helped him a lot.

“The rider's father worked with me for years, Charlie, so we said we'd give him a chance and I thought he gave him a very positive ride.

“He's a nice young lad, sits well on a horse and got him jumping great. I thought he gave him a great ride.”