Mullacash Buzz off on holidays after third win for Dowling 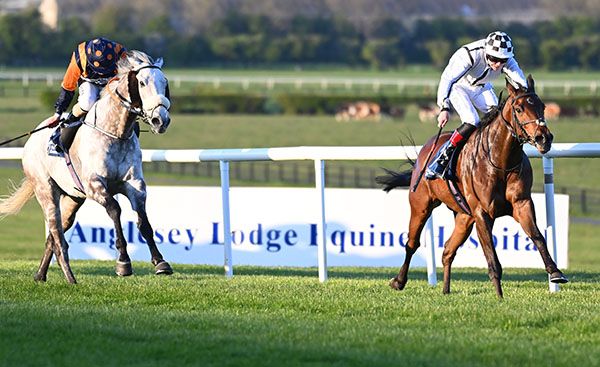 Mullacash Buzz dominated off the front in the first split of the mile handicap for horses rated 47-65 in Naas.

Jack Cleary worked him into an early lead from stall 11 and got his fractions spot on as his mount began to crank up the pressure two furlongs out.

Very few horses got into this race as Lucky Number was ridden in second to try and close. Mullacash Buzz wasn't for relenting and kept going to come in by a reduced margin of half a length at 9/1.

Lucky Number, 9/2 joint favourite, was a never nearer second and was two and a quarter lengths clear of Litteratus (12/1). Breagagh (20/1) rounded out the placings in fourth.

Thomas Dowling, who trains about half an hour away near Baltinglass, said: “Jack was super on him and I was just glad he didn’t get collared in the last 50 (yards).

"He’s been some little horse for us and can go out on his holidays now and has earned it. He’s won three for us now. He’s been a superstar for us.

“I have seven in training but won’t have too many runners now for a while. We have a few handicappers to go to war with.” Additional reporting by Alan Magee