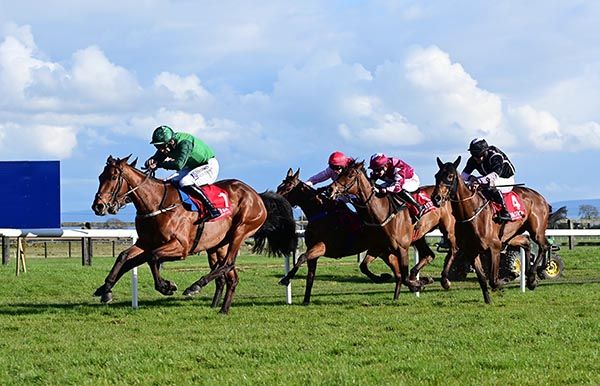 Hunters Yarn has been backed down to odds on for the first division of the William Hill Play Responsibly Maiden Hurdle at Punchestown (12.50).

Willie Mullins' charge won his last two starts in bumpers at this track and at Limerick in March and April respectively.

He was fourth on hurdling debut over an extended two miles five furlongs here in November last year.

One of his main market rivals, Spillane's Tower, has been ruled out due to being lame.