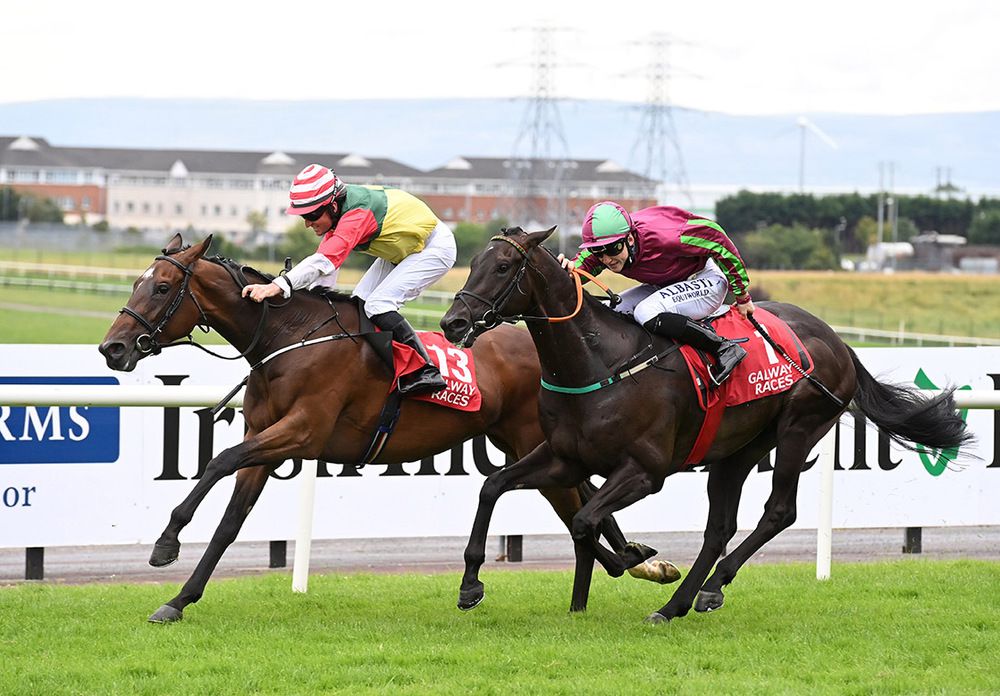 The whole complexion of the Galway Shopping Centre Handicap changed inside the final furlong as John Murphy's Kaaranah came home best to land the spoils.

Double-seeking Andrew Slattery had kicked on Rock Etoile into the home straight but the pair were swamped with 100 yards to go by Black Cat Bobby and Kaaranah.

It was the latter who found most in the closing stages to prevail by half a length at 12/1. Black Cat Bobby was attempting to supplement a victory at the festival on Monday but had to settle for second at 5/1. Cisco Disco was three and a quarter lengths away in third at 16/1.

The trainer's son and assistant, George Murphy, said: “We're very pleased with that. Seamie (Heffernan) got him into a lovely rhythm, had a nice position throughout, and he stayed at it well.

“He said he'd have no problem going up a couple of furlongs, he seemed to stay very well.

“He's only had a few runs, and he's a big raw horse, so he should stay improving. Hopefully he's a nice one for the future.”

This was Kaaranah's first career success on his fifth start.