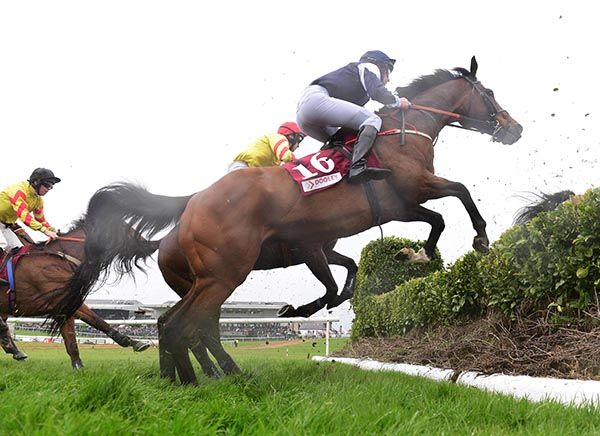 Walsh, successful on Vital Island in Tuesday’s Ladies Cup, sent his mount to the front two out and the 12-year-old, whose most recent of four previous win had come in a Clonmel handicap hurdle in 2017, was nicely clear racing down to the last which he jumped big and bold. The Enda Bolger pair Stealthy Tom and Shady Operator filled the placings, beaten three and a half lengths and the same, with Thursday’s La Touche Cup winner Singing Banjo back in fourth.

The winner had run plenty of good races in defeat over the banks course and was third to Shady Operator over course and distance in November when in the care of Peter Maher.

This was his first outing for new trainer Cormac Farrell and indeed new owner Douglas Taylor, breeder of Samcro.

“What a fun horse he is. We bought him immediately after his last run and this was the plan for a long time. We knew he was in good form coming here,” said Farrell.

“I've only two or three for the track and two of them ran this week, we mostly train point-to-pointers and breeze-up horses. It's a big team effort and I have to say thanks to all the team at home.

“Benny was brilliant on him and to get two in the week is brilliant for him.”