Fridtjof Nansen skates in for Cotter and Keane 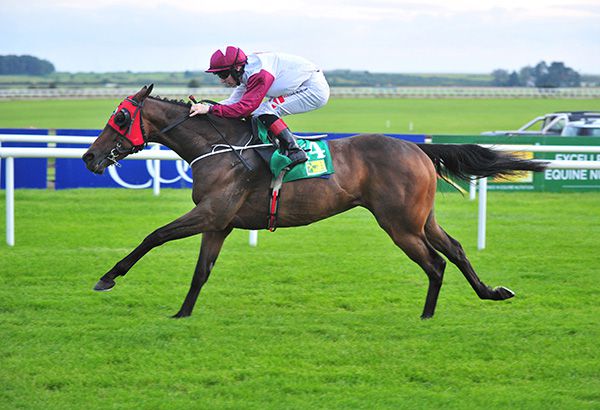 Placed six times from seventeen starts was the race record of Kieran Cotter’s maiden Fridtjof Nansen (16/1) before the concluding TRM Calphormin Handicap at the Curragh, and he made the breakthrough in good style under Colin Keane to win by a length and a half from the well-fancied Blacklooks (4/1 fav, from 8s in the morning). Miacomet (11/1) was third another length and a half away, with Tai Sing Yeh (11/1) filling the frame a further length back in fourth.

The blinkered winner travelled for the former champion jockey (twice placed on him from three previous rides), hit the front at the furlong marker and saw his race out well.

“It's great to be back here again. We've been listening all year to people telling us that this horse is a mile or mile-and-a-quarter horse but we thought he had plenty of boot and six was his trip,” said the winning trainer Cotter.

“Ronan rode him here the last day, when he was fourth in a five-furlong maiden, and said 'lads go to six'. He was committed today and couldn't ride him.

“Colin just dropped him in and everything went to plan. He's come down the ratings a bit which he probably needed to as he paid the price for having a few decent runs in maidens last year for Mr Oxx.

“Hopefully he'll win another one and we'll see how far he can go. I think it's taken him a while to come to himself.

“He hadn't been showing it on the track for us and then there were question marks asked of him but he proved it today.

“He was in front, I thought, maybe a bit too soon but he got towed there and in fairness he galloped all the way to the line.