Flame Of Eire burns off rivals 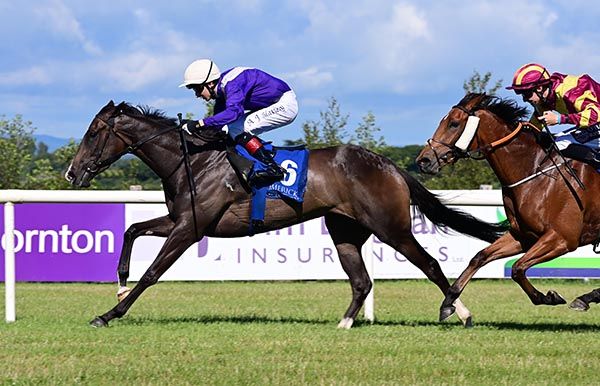 Sixth on handicap debut at Tipperary, the daughter of Mehmas tracked the leaders and challenged from early in the straight. She led over a furlong out and kept on well to repel Clarinbridge by three parts of a length with Rockbury Lad another length and three quarters back in third.

Winning trainer Andy Slattery said: "I don't know what happened the last day but she broke badly and was out the back.

"She is in at Killarney on Tuesday but we might wait until Galway. She is a good sized filly and I think she'll be a nice four year old and will keep improving.

"The Harneys (owners) bred her and they had Fiach McHugh with me but he has gone to Hong Kong now - it is grand to have another one for them."