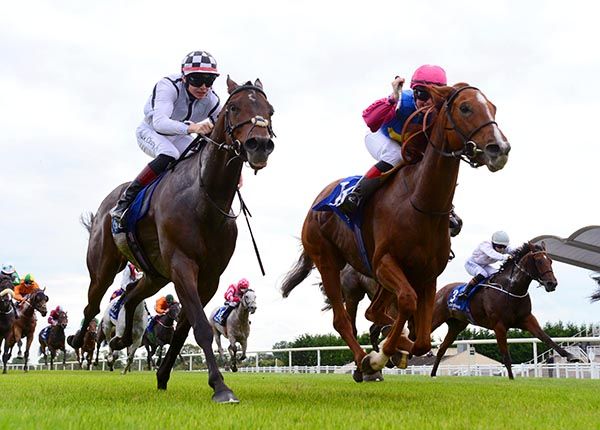 The Treo Eile Apprentice Handicap was won by She's In The Game (15/2).

The daughter of Starspangledbanner came from well back in the field and got a good run up the inner under Neve Bennett who switched her left to make a final thrust in the closing stages. She collared gallant front-runner Mullacash Buzz near the line to win by a neck. Royal Scholar and Muhalhel were close up in third and fourth.

Winning trainer Bill Farrell said: “She burst the last day but we got her back.

“Neve was lucky as she got left at the start but she came down the inner and it worked out fine for her. That's her third winner and she's down to 7lb now.

“She's a decent filly and was well in really. It's been a bit frustrating this year as we just got held up a few times with ground and stuff but she's better than those.

“Seven is probably her trip. She wants good ground and might run out of time a little bit but we'll take this.”