Down Royal four-timer for Chris Hayes 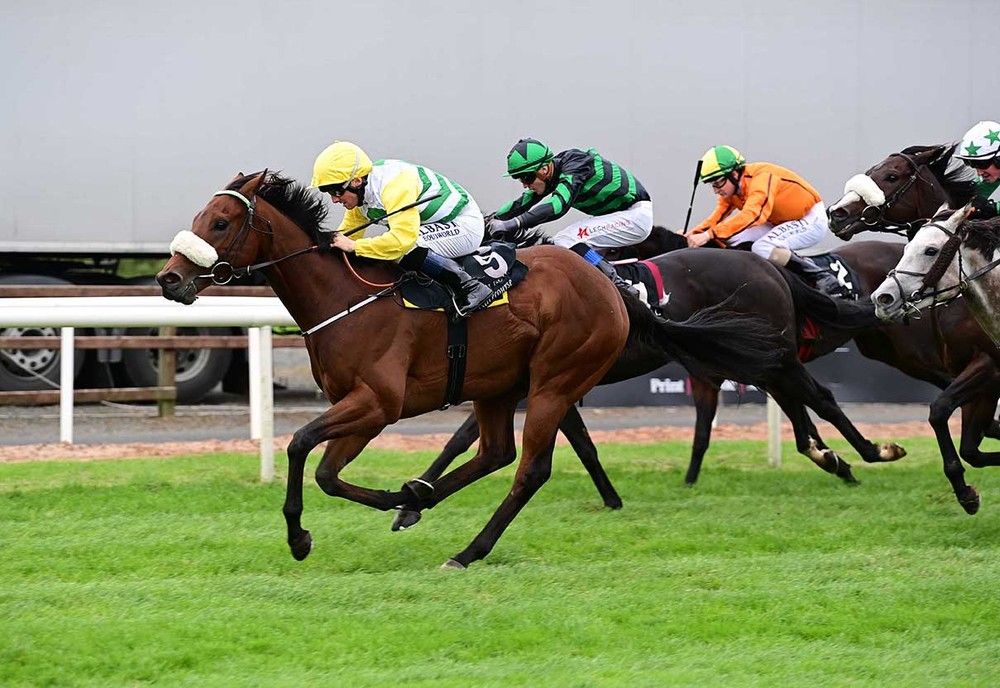 Slowly into stride as is his wont, Gegenpressing (6/1) stormed home down the outside in the seven-furlong handicap to give Chris Hayes a sparkling four-timer at Down Royal.

It was a good few minutes for Eddie and Patrick hart as well after Lily Light Foot s victory at Roscommon.

The four-year old by The Gurkha, successful at Sligo last month, scored by three parts of a length and the same from Fastman and Sister Lola

Hayes said: "He's a bit of a monkey, he missed the break with Dec (Declan McDonogh) the last day and we put the hood on him to see if that would get him to jump a bit quicker, but he was actually slower.

"He's a character and you just kind of have to ride him that way. The pace was on and I slotted him in and got cover and I thought, because of the pace they were going, they would be coming back.

"I angled out to have one cut from the road and I got there sooner than ideal but he toughed it out. I just half gave him a boot once I got across the road and he just took off, hit the front and kind of half looked around a bit. That's him, he is a character."