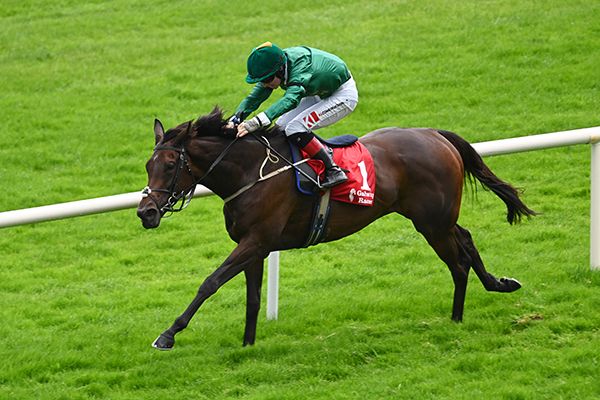 Ger Lyons' Yaxeni dominated her rivals in the featured Ardilaun Hotel Oyster Stakes over the extended 1m4f in Ballybrit.

The five-year-old mare broke well for Colin Keane to lead this field of 15 runners in this €40,000 Listed contest.

The 2/1 favourite was challenged on the turn for home by a hard-at-work British-raider Thanks Monica but asserted approaching the final furlong.

Yaxeni drew clear of the field inside the furlong pole and galloped on resolutely and strongly to post a decisive victory by four lengths over Azallya (11/2) who stayed on for second, a head in front of Thanks Monica (11/2).

Assistant trainer Shane Lyons said: "She is a lion on that ground and it was either come here or race at the weekend (Champions Weekend). We had to separate herself and Thunder Kiss but, with the forecast, it was too much to leave nothing to run here - she grows another leg on this ground.

"As soon as Colin asked her to go, he had them all under pressure and in a second she turns a race over, on this ground.

"She could run in the Cesarewitch and her ultimate aim is having one big throw of the dice at Ascot, for the Group 1 fillies' and mares' race in October, if it comes up heavy. We have trained her for this autumn campaign."

He added "she can get very fresh and Martin Mooney, who rides her at home, has kept her very sweet and has done a masterful job with her so fair play to him.

"The owners have been very patient, have trusted us to do what we do and she'll go to stud next year."

This was Yaxeni's fourth career success and second in this class. She has also been placed multiple times in Listed and Group company.