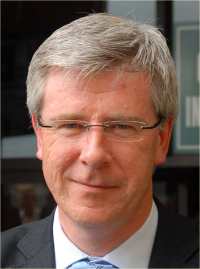 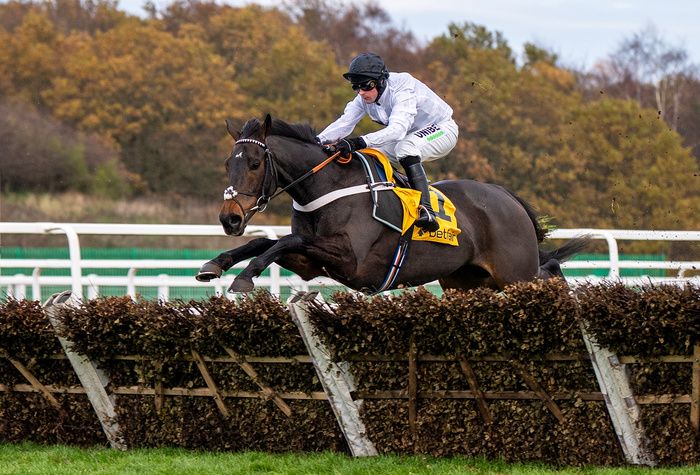 I’ve been supporting the same football team for over 50 years but have never worn their shirt. Maybe that’s because the team is West Ham or maybe it says more about me. There have been times when I’ve thought I’d have been better off supporting the likes of Liverpool or Man Utd as down the years they’ve had a lot more to cheer about.

Also, despite growing up in Catholic Ireland I have never been particularly religious. The story of Jesus’ first miracle at the feast of Cana was an early tipping point for me. Even as an impressionable young child I knew there had to be better things to do with divine powers than to give people even more wine at a wedding.

Regardless of my own doubts, I have always envied those that have a true belief. Believing in God and an afterlife must make living so much easier. Everything, good or bad, that happens to you and your loved ones can be rationalised as God’s will.

My own mother was a devout Catholic, my father less so. While he never missed Mass, I always felt my dad was just hedging his bets. His real passion was horse racing and it was his love of the sport that he passed on to me.

My earliest memories of growing up were of my father regaling me with the exploits of Arkle. These weren't just stories about another brilliant horse winning races. It was so much more than that, there was a definite hint of devotion. The mere mention of Arkle came with a reverence. He adored Arkle and truly believed there would never be another one like him.

Throughout my lifetime involved in racing I’ve seen many great horses, but for me none have ever reached the pinnacle of perfection that was my father’s version of Arkle. Many will talk of the likes of Denman or Kauto Star or Istabraq or Faugheen with true conviction that these were exceptional horses in their prime, but my bar has been set so much higher that I’ve never been convinced.

There have been a couple of times when I dared to dream that I might be about to witness the second coming. Golden Cygnet was certainly one, Our Conor possibly another, but sadly in both cases it wasn’t to be.

And then along comes Constitution Hill. His wins as a novice last season were extremely good, but I was inclined to pick holes in his form prior to Cheltenham. His demolition job in the Supreme Novices Hurdle was undoubtedly a top-notch performance, but again I was inclined to doubt. I thought Jonbon raced with the choke out and Kilcruit made an early mistake which made the form a little suspect.

Saturday’s Fighting Fifth changed all that for me. Constitution Hill may have only beaten middling opposition, but the manner of the victory literally took my breath away. He travelled so beautifully, his jumping was pretty close to perfection and then when asked to quicken he put the race to bed in a matter of a few strides. His winning margin was 12 lengths; fully extended, it would have been close to his 22 lengths victory in the Supreme. He just might be the best I’ve ever seen.

I’m not sure if I am at the stage yet where I’ll be turning up to Cheltenham draped in a Constitution Hill scarf, but I wouldn’t rule it out.

New whip rules to be introduced in the UK in the coming months are very disappointing from a punting point of view. I have long held the view that if a jockey breaks the rules in a race the sanctions available to the authorities should include the potential for disqualification of the horse.

The UK is set to introduce this added deterrent when it comes to misuse of the whip, but regrettably this will not be applied in a manner that will benefit punters.

The potential disqualification of a horse if its rider is deemed to have severely breached the whip rules (four stokes or more above the permitted level) will only be applied a number of days after the race by a ‘whip review committee.’ This means that punters on the day will still lose their money if their opponent’s rider breaks the rules and the horse is subsequently disqualified.

One of the main reasons cited for this delayed disqualification is specifically to appease World Tote Pool because of the impact potential disqualifications, and the time it will take the ‘whip review committee’ to determine the outcome, will have on betting turnover. I’m struggling to see why this is necessary.

If a horse can be disqualified for interference within a few minutes of a race being run there should be no reason why the same set of stewards cannot make a similarly timely decision when it comes to whip offences.

Are we to believe that whip offences are so intricate and nuanced that regular stewards are incapable of determining a breach or imposing the correct sanctions and that this is why a specialist ‘whip review committee’ is necessary?

According to the Press Release issued by the British Horseracing Authority (BHA) it appears this is the case. “New rules, which include restricting whip use to the backhand, are designed to foster more considered use, consistency of stewarding and stiffer penalties for misuse.” The statement goes on to say, “development of a whip review committee which is responsible for evaluation of all rides and any necessary sanction or action, to increase consistency and drive improvement in riding standards.”

These statements indicate that the BHA is not convinced their own race day stewards can carry out this function correctly. One could certainly argue that whip offences are far more straightforward to adjudicate than the highly subjective interference rules.

Perhaps they should be setting up an ‘interference review committee’ while they are at it?

I've been around horse racing all my life and at this stage it’s not too often that I’m overly surprised by anything, but Tuesday’s verdicts in the Ronan McNally Referral case certainly stunned me.

Willie Mullins hit his latest career milestone over the weekend when he trained his 4,000th winner. He is only the second Irish trainer to do so after Dermot Weld achieved the same landmark in 2016.

Vincent Finegan's Latest Blog. ‘Hay’ How are ya!

It’s great to see the racing industry coming together to support the ‘Hay’ How are ya campaign to raise awareness of mental health issues within the equestrian community and help eliminate the stigma associated with depression.

Jump racing can be such a tough sport. Jack Kennedy, who’s career has been blighted by injury, was flying on all fronts going into Sunday’s meeting at Naas. The 23-year-old was having his best season ever and was already 18 winners ahead of reigning champion Paul Townend in the race for the Jockeys Championship when disaster struck again.