Mullins ends season on a high 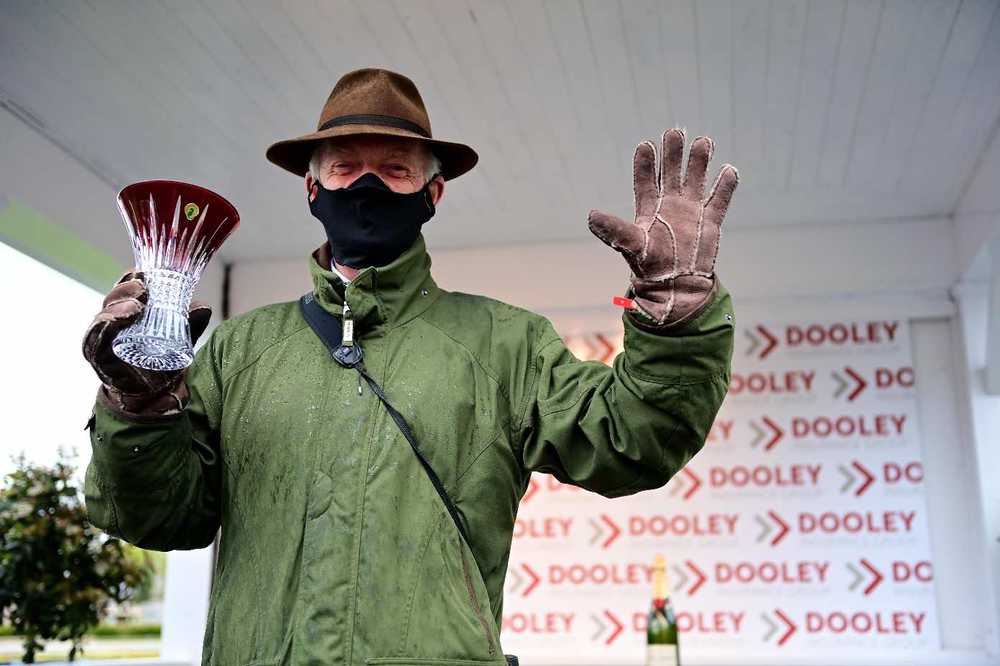 Willie Mullins was planning a moderate celebration on Saturday evening after a superb Punchestown Festival capped another championship-winning season.

Mullins was crowned the leading trainer for the 15th time, banking over €5million in prize money to finish well ahead of the currently-suspended Gordon Elliott in second and Henry de Bromhead in third.

The Closutton handler enjoyed an exceptional week in County Kildare, notching a record 19 victories across the five days with a slew of Grade Ones to boot.

While Mullins was thrilled to break his benchmark at the meeting, he lamented the lack of owners and crowds at the fixture due to current Covid-19 regulations.

Mullins said: “We’ve had a fantastic festival. It’s great to have the support of the owners that we have and without them none of us could keep going at Closutton.

“They are the whole part of the team really with the investment they put in every year.

“Hopefully we can get owners back and then after that crowds back to inject a lot of atmosphere that is missing at the moment.”

Mullins endured some disappointments at Cheltenham, with the likes of Chacun Pour Soi and Al Boum Photo falling short, but Punchestown firmly reversed those fortunes.

He said: “I was so disappointed with how a lot of them ran in Cheltenham and we changed a few things coming here.

“I said I’d throw the whole lot at it, which we did, and it seems to have paid off.”

There may have been plenty of champagne moments for Mullins since Tuesday, but a low-key gathering would mark another fruitful campaign.

He added: “Unfortunately it’ll be the usual, around the kitchen table.

“We’ll have a glass of something and I’m looking forward to a few easy days after the season that was in it.”

The Townend family had double reason to celebrate as not only was Mullins’ retained rider Paul Townend confirmed as champion jockey on Friday evening after seeing off the challenge of Rachael Blackmore, but his sister Jody also secured the title of champion lady amateur rider.

Jody Townend was presented with the Mary Hyde Perpetual Cup in a ceremony at Punchestown and they become the first brother and sister to win championship titles in the same season.

JP McManus is the champion owner for the first time in seven years and for the 18th time in all, with the likes of Galway Plate winner Early Doors, Dublin Racing Festival winners Off You Go, Drop The Anchor and A Wave Of The Sea, Leinster National winner Scoir Mear and the Fairyhouse Easter Festival winners Janidil and Hearts Are Trumps helping him to victory.

“In far from ideal circumstances, this has been a National Hunt season to remember. The outstanding successes at both Cheltenham and Aintree will live long in the memory, however the season featured thrilling performances throughout, showcasing the depth of talent on hand.

“It is a necessary that our major festivals have all taken place behind closed doors, but hopefully as the vaccination programme accelerates, we can look forward to some light at the end of the tunnel.”