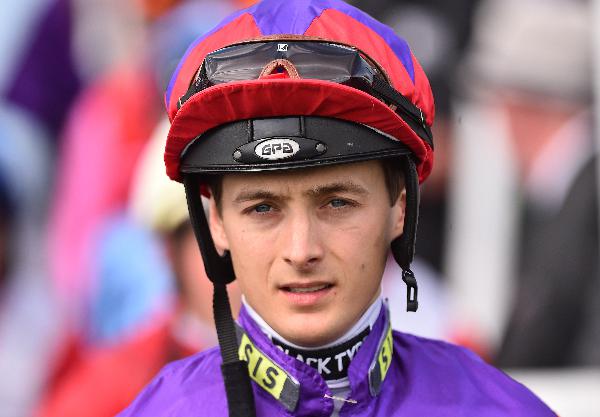 By Leo Schlink
Harry Bentley is optimistic Majestic Star can continue his emergence as one of Hong Kong’s most versatile horses when he returns to turf competition and Happy Valley for the Class 2 Guangzhou Handicap (1200m) on Sunday (30 October).

Twice a winner on Sha Tin’s dirt surface and also twice successful on Happy Valley turf, Majestic Star has risen from 69 to 99 in the handicaps under trainer Danny Shum and Bentley believes the I Am Invincible gelding is primed to perform strongly again.

“He was mightily impressive on the All Weather last time (at Sha Tin on 9 October) and he comes here in really good form,” Bentley said, referencing Majestic Star’s Class 1 win over 1200m when carrying 123lb and the rise to 134lb this Sunday.

“He was always going to get punished for a win like that, but he’s a very big horse and I don’t think carrying extra weight is going to be too much of a problem. I’m delighted with the draw (barrier two) I’ve got. There looks to be plenty of pace in the race, which is going to help and we should get a nice sit behind the pace.

“Campione is obviously a natural contender in the race but he’s got a very wide draw in (barrier) 12, so that’s going to make life difficult for him but I think still he’s got room for improvement, this horse (Majestic Star). He’s doing everything right, I’m very happy with his trackwork. He’s coming into the race in fine form.

“He’s a very well- balanced horse and the tight bends don’t bother him at all, so the track seems to suit him.”

With six wins and 21 minor placings from 72 runners this season, Pierre Ng is intent on building on his stable’s impressive momentum with veteran Kungfumaster Panda in the Class 4 Kwangtung Handicap Cup Handicap (1800m) for Zac Purton.

“He did a brilliant run, a brilliant race, ridden brilliantly by Zac last time and hopefully he can it again this time,” Ng said, referring to the eight-year-old’s last start win at Happy Valley on 12 October.

In the throes of establishing himself as a fully-fledged trainer, Ng, 39, has made a strong early impression.

“It’s hard but we’ve managed to get more runners now and hopefully we get more and more results later on. We have a lot of Griffins and PPs that aren’t ready yet, so we just have to get them ready and hopefully get results,” Ng said.

Purton, a runaway leader in the 2022/23 Hong Kong jockeys’ championship with 31 wins, has nine rides on Sunday and partners Lyrical Motion in the Class 4 Huizhou Handicap (1000m) for Chris So.

“He’s drawn well enough and if he can get out of the gate like he did in his trial (at Happy Valley on 14 October), he can get into a nice spot and give himself a chance,” Purton said.

“It’s a weaker grade of race, so if he can reproduce one of those races from last season it will hold him in good stead but time will tell.”

“Last time, he won good. We had a good position and it worked out well and this time I hope it will be the same — we will just see the situation,” Leung said.

“I believe he’s good enough in Class 3 and he can still improve a bit. I think he will run good again.”