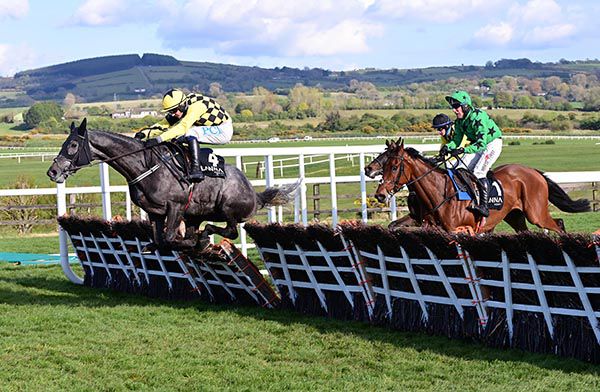 Gaillard Du Mesnil landed a second Grade One of the season with victory in the Alanna Homes Champion Novice Hurdle at Punchestown.

The five-year-old took advantage of the late withdrawal of Bob Olinger, who had beaten him in the Ballymore at Cheltenham, to add this to his top-level success at Leopardstown in February.

It was not entirely straight forward however, as he had to dig deep to see off Ashdale Bob by two and a quarter lengths.

Jockey Paul Townend was winning his 100th race of the season and said: “This lad was keen enough throughout the race, with just the four runners it was messy enough. Thankfully he’s won and it’s brilliant for Mr and Mrs Donnelly (owners) as well.

“He was sloppy at the last down the back. For a four runner race there was a lot going on. All’s well that ends well.”

Mullins added: “That was a very good performance and I think he’s going to be a nice horse next year.

“There is a good possibility that he’ll jump fences next season and that might help him to settle as well. He’s too busy during a race, but once he learns to relax, he’ll give a lot more.”

Asterion Forlonge won for Closutton earlier in the hands of Bryan Cooper.