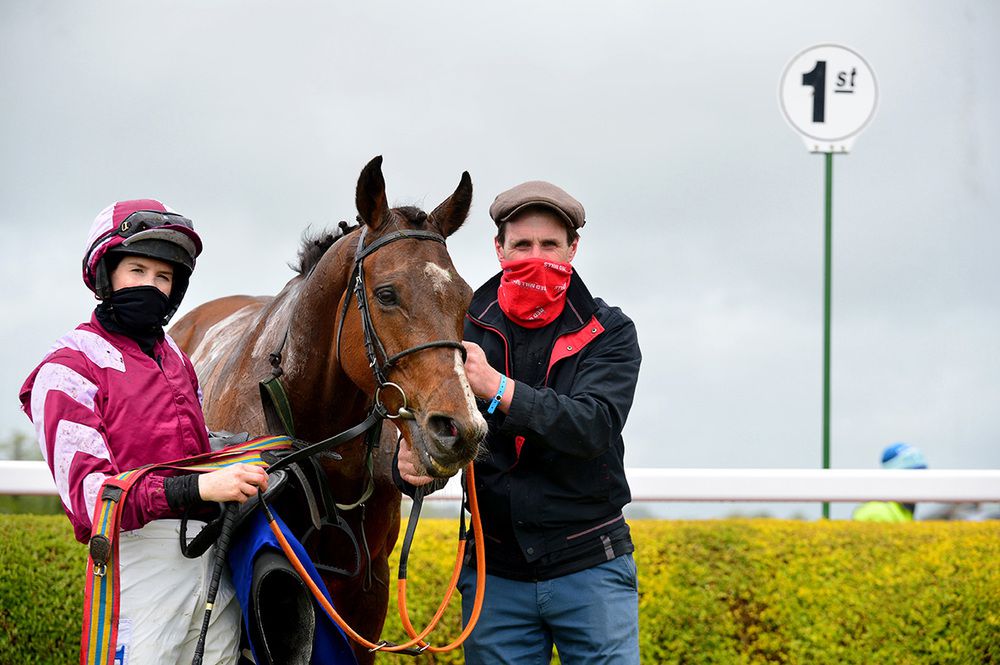 Turkestan soon raced clear but he was caught on the approach to the straight as Na Caith Tobac and Mr Tambourine Man improved to dispute the lead at the third last.

Mr Tambourine Man and Rachael Blackmore soon edged ahead as Na Caith Tobac came under a drive. The leader asserted after the penultimate hurdle and was steadied into the last. Na Caith Tobac could make no impression and a mistake at that flight cost him second place as San Pedro ran past him to give Halley a one-two.

Mr Tambourine Man scored by eight lengths at 11/4 from an opening show of 9/2. His stablemate San Pedro was another to see plenty of euro as he contracted to 10/1 from 25/1. Na Caith Tobac (5/2f) was three and three quarter lengths away in third.

Blackmore said: "He had a lovely run the last day in Kilbeggan so stepping up on that, it was great he could do that today.

“John does loads of schooling with them but the penny is still only dropping with him on the jumping side of it.”