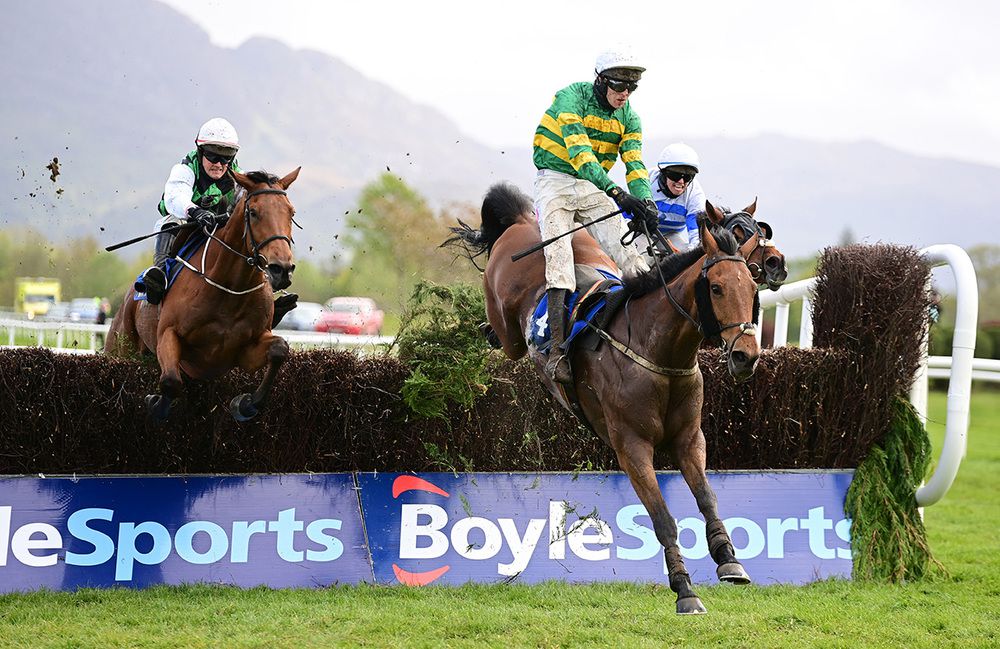 Marshalled touches down over the last
© Photo Healy Racing

He delivered his winning move between My Oakclahome and Allardyce after two out.

The seven-year-old gelding, in first-time cheekpieces, grabbed a narrow advantage at the final fence which he brushed through the top of. From there, he was driven out to account for My Oakclahome (5/1) by a length and a half. Allardyce was another three and a half lengths back in third at 18/1.

Trainer Padraig Roche said: "He is only now growing up and used to do things wrong as a younger horse - he sweated up again today but was even worse when he was younger. You can't beat racing though as he is maturing now and is a fine, big horse.

"Mark (Walsh) said he jumped well and the cheekpieces helped him concentrate. After finishing second his last twice, it was nice to get finally get one now. He'll keep going for the summer and once the ground is safe we'll keep going with him.

"We are busy enough for the summer and have a good few summer horses."

Marshalled had been placed in his last three handicap chases.