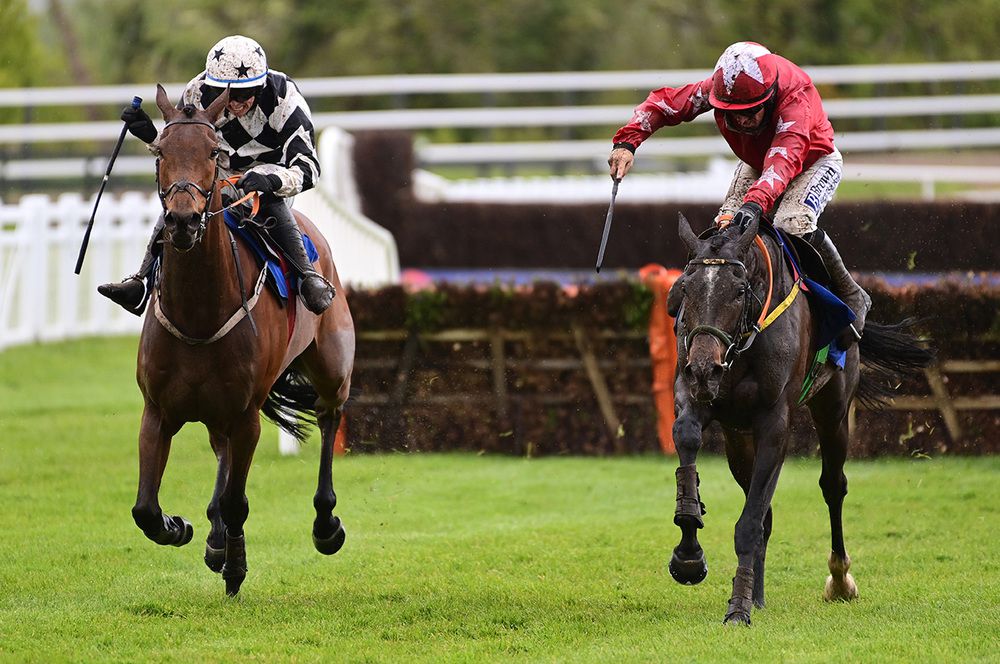 The five-year-old gelding made headway to close three out and a slick jump at the next saw him improve to lead.

He was challenged after the last by Hannon but responded gamely to win by half a length at 9/2. Hannon had to settle for second at 18/1.

Each-way players saw Mighty Tom come home seven lengths back in third at 10/1. Swelltime was five and a half lengths further adrift in fourth at 16/1 having been backed down from 50s in the morning.

Jockey Sean Flanagan said: "He is obviously a smart horse and his run at Punchestown was his first in a competitive handicap and it has sharpened him up.

"He might need a trip in time or exactly what we have had today, a really strong gallop and the Galway Hurdle could be a possibility."