Hussey puts a 2nd winner on the board 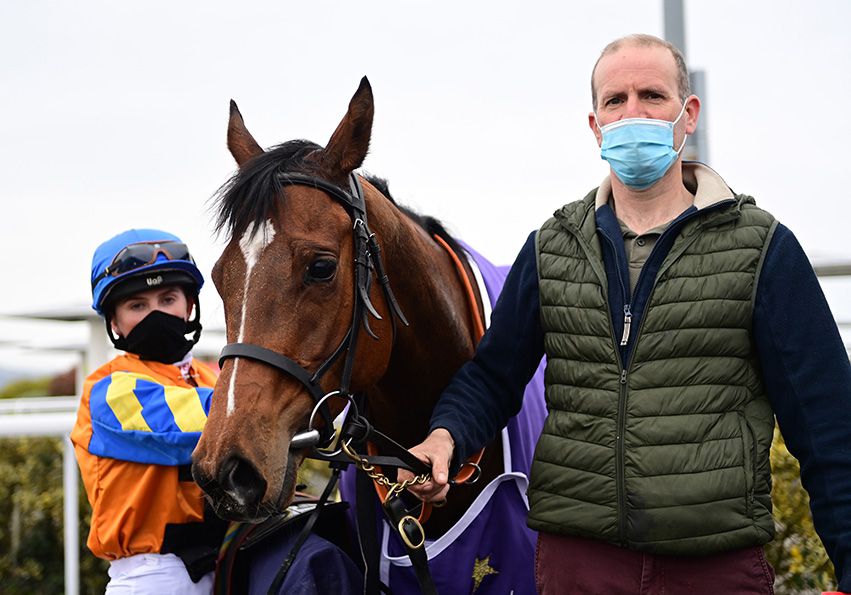 Ger Hussey trained his second winner when Maccliff popped up at odds of 33/1 under Siobhan Rutledge in the Hollywoodbets Proudly Donates To Irish Horse Welfare Trust Handicap at Dundalk.

The County Westmeath-based handler got off the mark here in November when Macaban City delivered, and Maccliff was today shedding her maiden tag at the 18th time of asking.

She beat Pride Of Pimlico and Burning Lake by a length and a quarter and half a length.

“We've been trying for a good while with her,” said Hussey.

“The 7lb was important today. She's been dogged by bad draws and to win from that draw today I thought was exceptional.

“She's a tough little cookie, toughed it out well, and probably won a bit cosy in the end.

“When we found her right trip she started to find her feet.”

The Irish Horseracing Regulatory Board Veterinary Officer examined Kinch, trained by J.F. Levins, at the request of the Stewards and reported the animal to be coughing, probably as a result of kickback, but was otherwise post race normal.

The Irish Horseracing Regulatory Board Veterinary Officer examined Gormanston, trained by Nigel Thomas Slevin, at the request of the Stewards and reported the animal to be blowing hard post race.

The Stewards interviewed Siobhan Rutledge, rider of Maccliff, concerning her use of the whip in the closing stages of this race. Evidence was heard from the rider concerned, who acepted that she had used her whip with excessive frequency. Having viewed a recording of the race and considered the evidence the Stewards were satisified that Ms Rutledge was in breach of Regualtion 10.3 g ( frequency) and having considered her record in this regard they suspended her for 1 raceday.