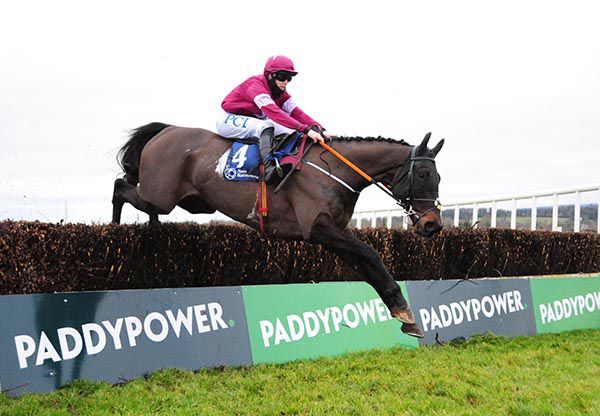 Epson Du Houx ran out a comprehensive winner on his first start in handicap company over fences at Naas this afternoon.

Henry de Bromhead's charge had won a beginners chase at Clonmel last month and followed up in style in the Eastcoast Seafood & Gouldings Handicap Chase.

Rachael Blackmore had the 9/4 favourite handy throughout and they took over from front-runner Yaha Fizz going to the second last in the two-miler.

The Diamond Boy gelding was soon in control and Blackmore asked him to stretch away on the run-in to record a six-and-a-half length win over Jack Hackett.

Blackmore said:- “He won well at Clonmel the last time and has stepped up again there today.

“We didn’t get our own way in front and it was a little bit messy like that but I was impressed with him and hopefully there are a few more days in him.”