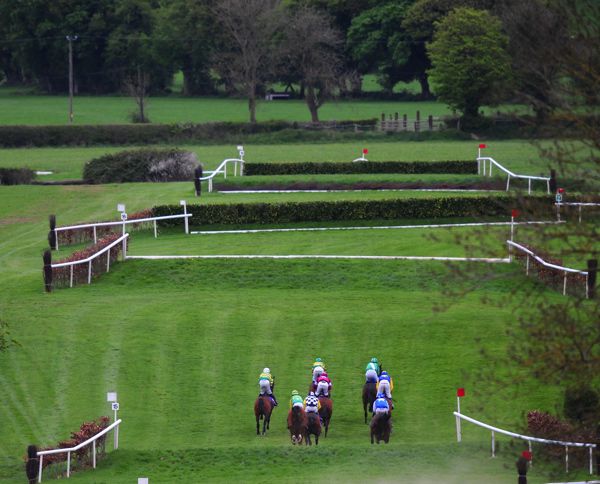 There is nothing HRI loves more than a flattering survey. Last week they published figures from the latest poll conducted by Red C in early February which indicated among other things that “40% of the population would have some interest in joining a syndicate or racing club.” Those figures might have been very different if the survey was conducted three weeks later during Gordongate but are nonetheless impressive.

Brian Kavanagh said: “The numbers of people getting involved in racehorse ownership continues to rise and the survey results reflect this increased appetite. Racehorse ownership is the key catalyst for growth at every level of the industry.”

In 2020 there was a total of 9,248 horses in training in Ireland with 4,080 registered owners. The breakdown of those owners was as follows:

The vast majority of these syndicates and racing clubs operate in and around the bottom tiers of the sport with low grade handicappers. The very end of the sport where the race programme gets overwhelmed and balloting out of control.

This latest survey indicates that 1,760,000 people in Ireland would like to join a syndicate or racing club. How many more horses and races would be needed in the system to accommodate even a fraction of these would be owners? The sport would literally grind to a halt.

If racehorse ownership really is the catalyst for growth at every level of the industry it needs to be managed in a sustainable way so that the system can cope. Current bottlenecks need to be addressed before there are any thoughts of encouraging new owners into the game. There’s not much point in owning a horse if it can’t get into a race.

The IHRB released their 2020 Integrity Statistics last week and as usual they make for interesting reading.

2020 was the first year ever that the number drug tests on riders surpassed the number of alcohol tests taken. I suppose this reflects changes in society as a whole, but the IHRB alcohol testing regime have always been a waste of resources. Not a single jockey has tested positive for alcohol in at least seven years despite almost 900 tests annually. On the other hand, drug testing of riders discovers positives every year despite only 25% of the number of tests.

With 48-hour declarations of runners becoming mandatory for all races in the second half of 2020 the number of non-runners reached record levels last year. Ground remains the number one excuse given by trainers for non-runners and now accounts for almost half the non-runners annually.

A positive trend from the statistics is that the percentage of National Hunt riders getting injured when they fall is dropping. Historically one in four falls resulted in an injury but that figure is now less than one in six and the injury rate per ride is now well below 1%. Advances in the safety equipment worn by riders coupled with an increased emphasis on their health and fitness must be contributing to the positive trend. As must the watering policy of racecourses to ensure safe ground for National hunt horses.

With Punchestown starting tomorrow we are in for a real treat as the National Hunt season draws to a close. It is two years since the Festival last took place and despite the obligatory lack of crowds there is plenty to whet the appetite. Not only can we look forward to some epic clashes between the best jumping horses in training, we also have two titanic battles taking place to secure the champion riding honours for the season.

Paul Townend is set to return to action with a slender 4-winner lead over Rachael Blackmore in the senior riders’ Championship. Looking at the declared runners for the opening two days Townend is minding himself by only riding in the Grade 1 races which is not a bad strategy returning from a foot injury. He should hold on in the title race with the backing of the mighty Mullins’ stable, but it would be a brave man that would write off Blackmore after the season she has had.

The amateur riders’ Championship is set to go down to the wire with Patrick Mullins and Jamie Codd locked on 45 winners a piece with just the five days of action left in the season. Again, Mullins looks to have the stronger hand with the pick of his father’s string but Codd is a warrior and won’t go down without a fight. Whatever the outcome I’d imagine a few quid each-way on all Codd’s mounts through the week will show a tidy profit.

Vincent Finegan's Latest Blog. Bolger back on the drugs bandwagon

Leading trainer Jim Bolger has spoken out publicly again about what he considers to be a serious issue of steroids being used within racing.