Fry on the mark with Pure Bliss 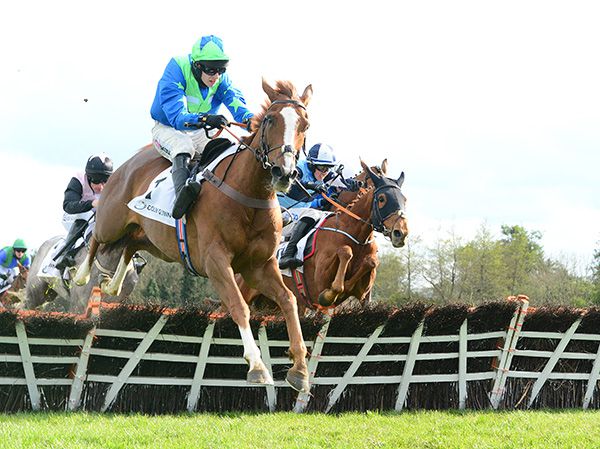 Successful on Irish point-to-point debut for Denis Murphy in April 2019, Pure Bliss today won her third, of four, career hurdle when holding faster-finishing Merry Poppins by half a length.

Fry, who won the festival's Stayers Hurdle with 11 year old Unowhatimeanharry in 2019, wasn't present at the behind-closed-doors meeting and jockey Walsh later stated “she was good. Ciara (Fry's wife) said to me to pop her out handy and give her a bit of light because she's only a novice, that's only her fourth run over hurdles.

“She jumped and travelled great. She took me there to the second last and Ciara said she stays so I sent her on. She was just idling, she was in front long enough.

“She's a lovely mare, she won a point-to-point and was bought here a few years ago. She'll be a mare for fences next year I'd say.”

Champion UK Trainer Paul Nicholls had supplied the other two foreign based winners this week, with Clan Des Obeaux and Bob And Co.

A winner on her previous start at Clonmel in June, Romella (12/1) followed up off a 7lb higher mark in the Athlone Handicap Hurdle.