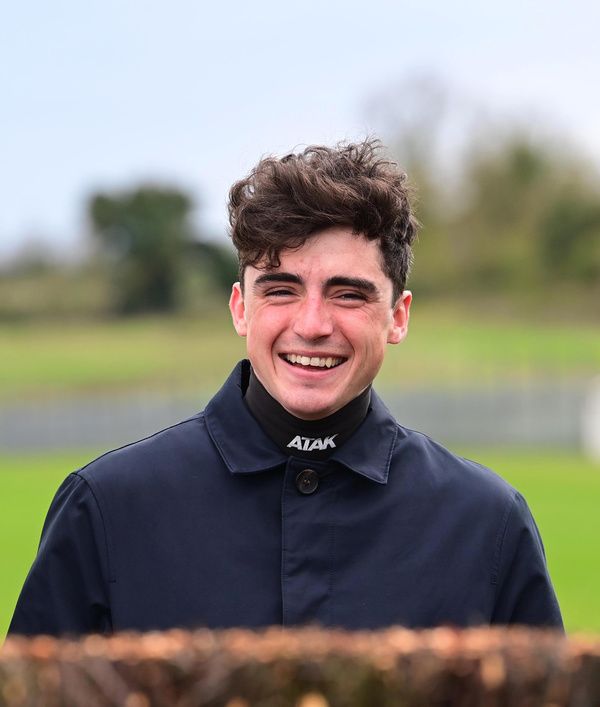 For the first time in three years, racegoers were on hand as presentations to the six National Hunt champions were made by Horse Racing Ireland chairman Nicky Hartery on the final day of the 2021/2022 season at Punchestown this afternoon.

Five of the winners retained their crowns with Jack Foley on the podium for the first time as he took the Champion Conditional title.

JP McManus is the Champion Owner for the second successive season and for the 19th time in all. He again saw off a strong challenge from Gigginstown House Stud with major success coming from this week’s Grade 1 winner Capodanno and the likes of Darasso, Fakir D'oudairies, Thedevilscoachman and Gentleman De Mee. Major handicap success came his way with School Boy Hours, A Wave Of The Sea and Birchdale while Shady Operator The Big Lense and Spades Are Trumps were other notable winners in the famous green and gold hoops.

For the 16th time, Willie Mullins is Ireland’s Champion Trainer. His most significant winners on home soil were the two-time Grade 1 scorers Allaho, Klassical Dream, Blue Lord, Galopin Des Champs and Sharjah. Energumene was a most notable Punchestown festival this week while Mullins enjoyed a big Galway festival double with Royal Rendezvous and Saldier winning The Tote Galway Plate and the Guinness Galway Hurdle respectively.

Paul Townend is Champion Jockey for the fourth consecutive season and for the fifth time in his brilliant career. The Corkman missed the first two months of the term through injury but then won the Grade 3 Kevin McManus Bookmaker Grimes Hurdle on the Norman Lee-trained Sole Pretender on his first day back and another notable early season winner was Royal Rendezvous in the Tote Galway Plate. Klassical Dream, Blue Lord and Galopin Des Champs were dual Grade 1 winners for Paul with Allaho, Energumene, The Nice Guy, Ferny Hollow, Vauban Chacun Pour Soi, Sir Gerhard and Brandy Love also winning in the top tier.

Each Leading Lady Rider since 1974 has been presented with the Mary Hyde Perpetual Cup and for the second time, the lady’s champion is Jody Townend. She rode winners for eight different trainers, including her father Tim, during the season and her most notable wins came on Impulsive Dancer in the Listed Kevin McManus Bookmaker INH Flat Race at Limerick and on Icare Desbois in the Tattersalls Ireland Sales Bumper at Fairyhouse on Easter Sunday.

From Ballyloughan, Bagenalstown, County Carlow, Jack Foley is the Champion Conditional Jockey. The 2021/2022 season was Jack’s first full season riding and his tally of 44 winners is just one shy of Darragh O'Keeffe’s record winning score in the shortened 2019/2020 season. Jack rode three winners at the Listowel festival, highlighted by his success on Run for Oscar, he rode a double on the final day of the Limerick Christmas festival and reached the frame on his first ride at the Cheltenham Festival when third on the Jessica Harrington-trained Ashdale Bob in the Coral Cup Handicap Hurdle.

Patrick Mullins became the first jockey since Jonjo O’Neill in 1983 to win the Guinness Galway Hurdle three times and his success on Saldier was just one of the highlights in a season that sees him crowned Champion Amateur rider for the 14th time. Patrick’s season also feature two Grade 1 wins on Sharjah and success at the same level came on Allaho in the John Durkan Memorial Punchestown Chase. Facile Vega completed a festival hat-trick when adding this week’s Grade 1 Race & Stay At Punchestown INH Flat Race to earlier wins at the Dublin Racing Festival and Cheltenham Festival.

Horse Racing Ireland Chief Executive, Suzanne Eade, said: “This is the first time since May 2019 that we have been able to crown our National Hunt champions before a raceday crowd and my congratulations go to JP, Willie, Paul, Jody, Jack, Patrick and the many thousands across the country who have worked to make the season the success that it was.

“The wonderful achievements of so many within our industry show Irish racing in the best possible light and high-profile wins on the biggest of the world’s racing stages are reflected in the terrific crowds that we have seen here this week and at Fairyhouse over Easter. It augurs well for the summer ahead and I wish all involved the very best of luck as the new jumps’ season begins at Down Royal on Monday.”