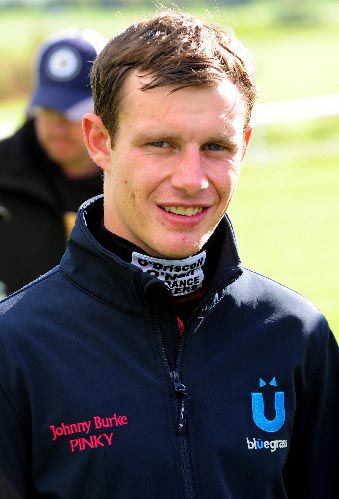 Paul Townend is under no illusions about the task facing Hurricane Fly ahead of his bid to regain the Stan James Champion Hurdle for a second time at Cheltenham on Tuesday.

It is four years since the incredible 11-year-old clinched the two-mile championship at Prestbury Park for the first time and he became the first horse since Comedy Of Errors in 1975 to reclaim his crown with a rousing display two years ago.

However, the 22-time Grade One winner ran perhaps the most disappointing race of his career when fourth 12 months ago and despite defeati ng last year's champion Jezki three times this season, Hurricane Fly has been deserted by Ruby Walsh in favour of the younger legs of stable companion and red-hot favourite Faugheen.

Townend, who rides Hurricane Fly in virtually all of his work at Willie Mullins' Closutton base, will get back on board for the first time competitively since steering him to the first of his five Irish Champion Hurdle wins in 2011 - and could not be happier with his condition.

"He's a great spare ride to pick up. I suppose nobody ever thought Hurricane Fly would be a second string, but I'm delighted to get the ride on him and I can't wait," Townend told At The Races.

"I suppose being realistic he's up against it. He's an 8-1 shot for a reason, but saying that he's been there, he's done it and he's in the form of his life at home.

"I'm just hoping for a big run, he'll try his best and it would be nice to win a third Champion Hurdle.

"A lot of it is just natural ability, but it's his will to win as well. He has the heart of a lion and he can just run faster than the rest of them.

"If you see him in the morning you wouldn't think he was an 11-year-old.

"I don't think it (drying ground) would help him, but it shouldn't hinder him too much. If it did spill rain, we'd be delighted, but it doesn't look like that's going to happen."

The Jessica Harrington-trained Jezki has had a similar preparation to last year in that he has found Hurricane Fly too strong on home soil on each occasion, but the roles were comprehensively reversed at Cheltenham 12 months ago.

The JP McManus-owned runner enjoyed one final reportedly impressive piece of work ahead of his trip across the water, and Harrington is delighted with her stable star.

Speaking at Naas on Sunday, she said: "He did a nice bit of work the other day. I don't know who was looking at him working, but he pleased me. I wouldn't say any more than that."

Mullins also sad dles Arctic Fire, who has twice been defeated by Hurricane Fly this term. Danny Mullins, the trainer's nephew, has been booked for the ride.

The latter said: "He's definitely not making up the numbers. He's going there with a good chance.

"If you look at Jezki's profile before winning it last year, this lad has chased home (Hurricane) Fly a few times as well.

"It would be hard to say you'd fancy your chances of winning, but he could run a big race.

"He's working very well and we're there for a good time."

The New One, considered by many to have been unlucky not to have won the race last year when suffering severe interference in the fatal fall of Our Conor, is Britain's big hope and went unbeaten this winter.

In addition to Jezki, McManus throws another dart at the board in the shape of the Edward O'Grady-trained Kitten Rock.

Dan Skelton has high hopes of a big run from Bertimont, while Nicky Henderson, who has won the Champion Hurdle a joint-record five times, is responsible for Vaniteux.