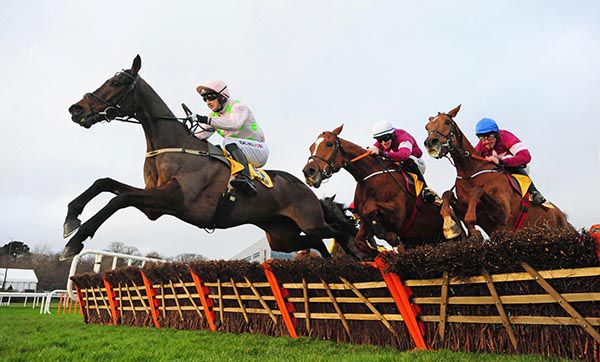 Unlucky when falling in a Grade One at this meeting last year Sharjah (6/1) continued a great 2018, that had already yielded a Galway and Morgiana Hurdle, with success in the Ryanair Hurdle at Leopardstown.

Sharjah benefited from a patient steer, and he again displayed his potent turn of pace in the straight.

The Susannah and Rich Ricci-owned Sharjah then led at the last before going on to dismiss Supasundae by three and three parts of a length.

Pace-setting Tombstone (66/1) ended up a length and three parts back in third whilst favourite Samcro folded from the last to beat only one home in fifth.

“The ground is crucial to him. It made all the difference. Patrick said he's so good on the ground,” said Mullins.

“I thought the mistake put Melon out of the race. Ruby felt he was staying on at the end but it was very disappointing from him.

“However a good few of our horses having their first runs this season have run similar types of races and I'm hoping he'll improve on that.

“It's been up and down for us but I'm very pleased to get another Grade 1 today."

On plans for Sharjah he said: "There is the Dublin Festival back here and he'll probably get an entry there but he'll be entered now for the Champion Hurdle and he might just go straight there.

“We normally get nice ground in Cheltenham. He looks to be an improving horse. He's only five, he's a very young horse and he's improving all the time.

“He looked to be very unlucky in the novice hurdle here last year and that's why we felt he was a decent horse.

“People were maybe surprised that he beat Faugheen in the Morgiana but when you go back and bring that form into it it did give him a chance.

“I think it's fair to say though that he has improved more than I anticipated that he would improve.

“Any time Patrick wins a Grade 1 it's a highlight but I was also very happy for Kemboy and connections yesterday and David giving him such a brave ride.”

Paddy Power go 10/1 from 33/1 about Sharjah for the Champion Hurdle.

The Stewards wished to interview Iain Jardine, trainer, in relation to the reason of 'vet's advice' offered for the non-runner Bedrock in this race. As the trainer or his representative was not present at the meeting the Stewards referred the matter to the CEO of the IHRB for further investigation.