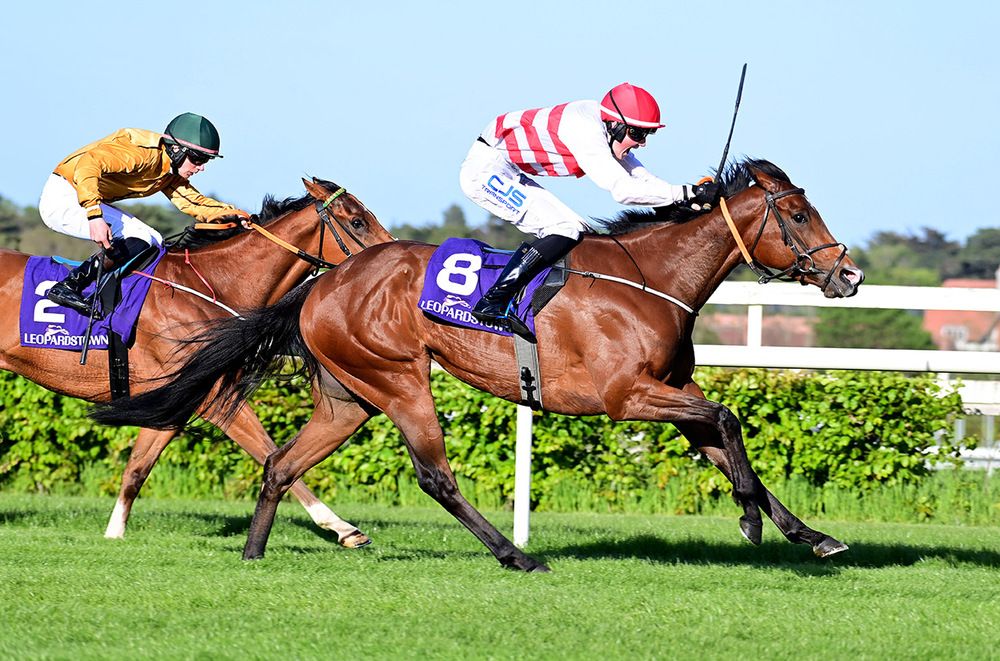 The Sandyford Business District Handicap was won by 16/1 chance Rosie Rock who was providing 10lb claimer Adam Caffrey with his second winner.

The daughter of Red Jazz, getting off the mark on her 17th career start, never left the inside after breaking from stall two. Caffrey tracked the leaders and got a nice run up the inner to go second early in the straight.

Godhead, a former stablemate of the winner, was making the best of his way home but Rosie Rock got past him 100 yards from home to win by a length and a half. Bobby K and Atlas completed the frame.

The winning four-year-old had finished third on five occasions last year and was fourth on her seasonal reappearance at this venue.

Winning trainer Ado McGuinness said: “The draw is crucial and he was very good on her. I told him not to panic and he got a very good tow into the race.

“She had a good run here the first day and then was disappointing the last day. I told him to make more use of her and make her mind up off the bend.

“He’s good value for 10lb. He’s working with me and I think he has a future. He does exactly what he’s told and will only make a mistake once which is great.

“That’s his second winner and he’s a good lad.”