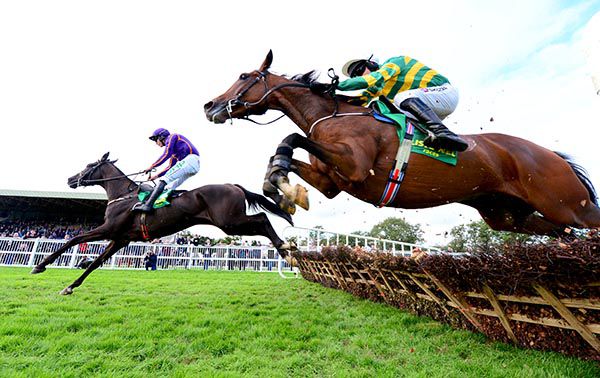 Their Saturnas just lost out to Snow Falcon in the Kerry National thirty five minutes earlier, and here under the predominantly purple silks Easy Game found Air Supremacy a length his superior.

It would likely have been a different story though if leader Getareason hadn't made a bad mistake at the last.

He was also representing Willie Mullins and ended up a length and a quarter back in third position in the hands of David Mullins.

McManus' racing manager Frank Berry said: "He's battled away well but I suppose the other horse making a mistake has changed it around. He jumped much better than he did in Killarney and he's progressing.

"We'll find another little one for him and take it from there. We wondered about the ground but he handled it, and probably would go on a bit softer and looser."