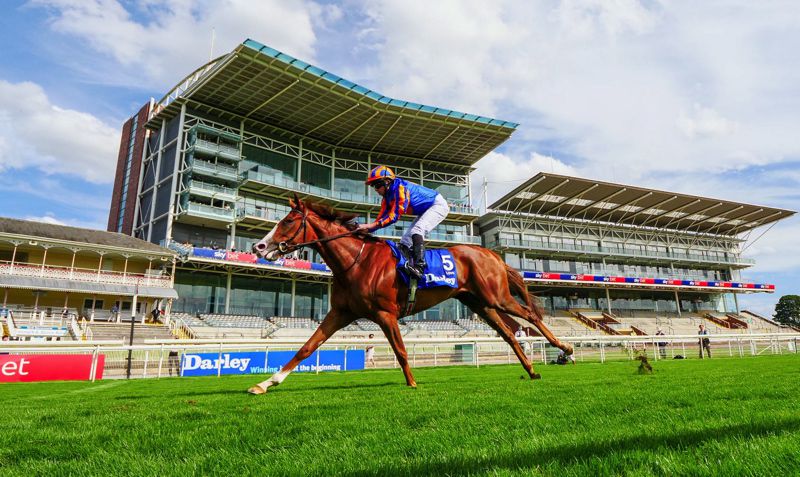 Lord North is marginally preferred in the betting with BetVictor going 6/4 about the Gosden runner with Love a 2/1 chance. Love was unbeaten in three starts last season but lacks a recent run for this tough assignment.

The day’s action starts with the ultra-competitive Queen Mary Stakes at 14:30 which has attracted a bumper field of 22 runners. The Wesley Ward-trained Twilight Gleaming heads the betting at 3/1 with BetVictor following an impressive victory over the minimum distance on firm ground at Belmont last month.

Yet and Orinoco River which filled the first two places in a Dundalk maiden look to have each-way chances at the very least with preference for the latter which was well-touted ahead of that promising debut.

Plenty more Irish interest in the Queen’s Vase at 15:05 which sees the Aidan O’Brien-trained Wordsworth top the betting at 5/2 with BetVictor. The son of Galileo won a 10 furlongs maiden at the Curragh in April but was subsequently turned over at short odds by a stablemate when stepped up in trip last time at Navan.

O’Brien has won this contest five times in the last eight years so his chief contender must be considered along with his other runners, Arturo Toscanini and Kyprios.

Johnny Murtagh and Jessica Harrington fly the flag for Ireland in the Group 2 Duke Of Cambridge Stakes at 15:40 with Champers Elysees and Valeria Messalina but in truth both will need to up their game to challenge the favourite Lady Bowthorpe 2/1 BetVictor which chased home Palace Pier last time out.

Three Irish-trained horses are among the thirty runners that will line up for the Royal Hunt Cup at 17:00. The best of them may prove to be Noel Meade’s Layfayette which is the mount of Champion jockey Colin Keane. The four-year-old would probably prefer an ease in the ground but he did win his maiden on Good to Firm and should run well at odds of 18/1 with BetVictor.

More Irish interest in the Windsor Castle stakes at 17:35 with runners representing Aidan O’Brien, Michael O’Callaghan, Johnny Murtagh and Jessica Harrington. The market revolves around two unbeaten fillies trained by Wesley Ward. Ruthlin, the mount of Frankie Dettori cost €350,000 as a yearling and won a Keeneland maiden by six lengths on debut while John Velazuez is abord Golden Bell which also scored at Keeneland on debut.

The concluding race on Day two is another fiendishly difficult handicap with 18 fillies and mares over one mile on the round course. Joseph O’Brien’s So I Told You will have no issues with bends having scored twice recently at Sligo and should give rising apprentice Dlyan Browne McMonagle a good spin at odds of 15/2 with BetVictor.

BetVictor are offering a daily refund on all losing bets on the first race each day at Royal Ascot. Simply opt into the promotion, place a bet on the 14:30 race and if your bet loses you will get your stake refunded in cash up to €5. T&Cs Apply. 18+ gamblingcare.ie.