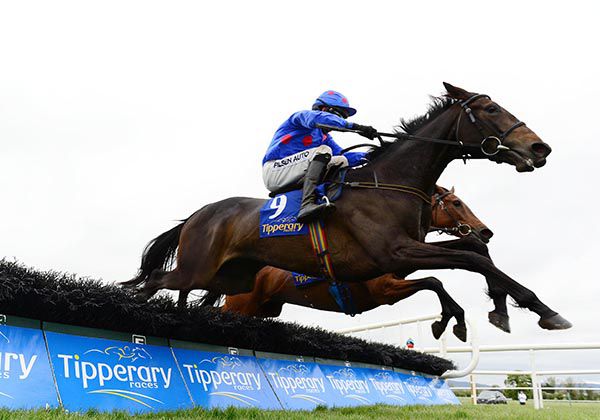 The first division of the mares maiden hurdle produced a thrilling finish with 40/1 shot Present Road just prevailing at the line.

2/1 favourite Robyndeglory led turning for home in the two-and-a-half mile contest but was joined over the second last by the strong travelling Present Road.

The later was ridden, by Conor McNamara, to gain a narrow advantage after the final flight but Robyndeglory rallied gamely to join her again close home and just a nose separated the pair at the line.

Trainer Micheál Griffin was recording his first winner since July 2019 and he said afterwards:-

"I thought she had won and took my eye off her coming up to the line - I'd have been disgusted if she was beaten!” said the trainer.

"She was very unlucky in her point to point when she'd have skated in but took her eye off the final fence and fell.

“They (bookmakers) seemed to take no notice of that today when she was 66/1 - I thought she was a crazy price and had a few quid on each-way.

"She hated the bottomless ground at Limerick over Christmas and she scoped dirty after and her run the last day put her right for today.

"Seamus (Neville) owns her, does all the work with her and virtually sleeps with the mare! All credit is due to him and Conor McNamara gave her a super ride.

"She'll go out for a month now and will be a lovely mare next year to go steeplechasing as she is a lovely jumper of fences. We'll also try to get black-type with her."